Many women in McLean County believed that they, like men, should be allowed to vote.

Influenced by the work of the renowned women’s rights advocate Susan B. Anthony, the McLean County Suffrage Association was formed by local women, who in 1870 began to actively advocate for the right to vote. They had the support of some men who agreed that they should be allowed to vote.

Some area women did not want to participate in the democratic process. They believed the “sordid” activities of politics belonged in the man’s world, and that women should focus on maintaining the home and raising children. These women had the support of the majority of men who lived in McLean County.

“People often ask what good the ballot will do women? No matter it will do her any good or not, it is her right... The argument that she would be contaminated is a very flimsy one. If men are degraded by the ballot, he should not be left alone in this shame.”

Pro-suffrage advocates faced off against both men and women who were anti-suffrage.

In January 1874 Mrs. Dr. D. Guthrie voiced opposition to the women’s vote before the House Committee on the Judiciary at Washington, D.C.

“The ballot in the hands of women would demoralize society, undermine the state, and tend to further attack finer qualities of the sex and consequently destroy woman's usefulness for mother, wife, and citizen.” 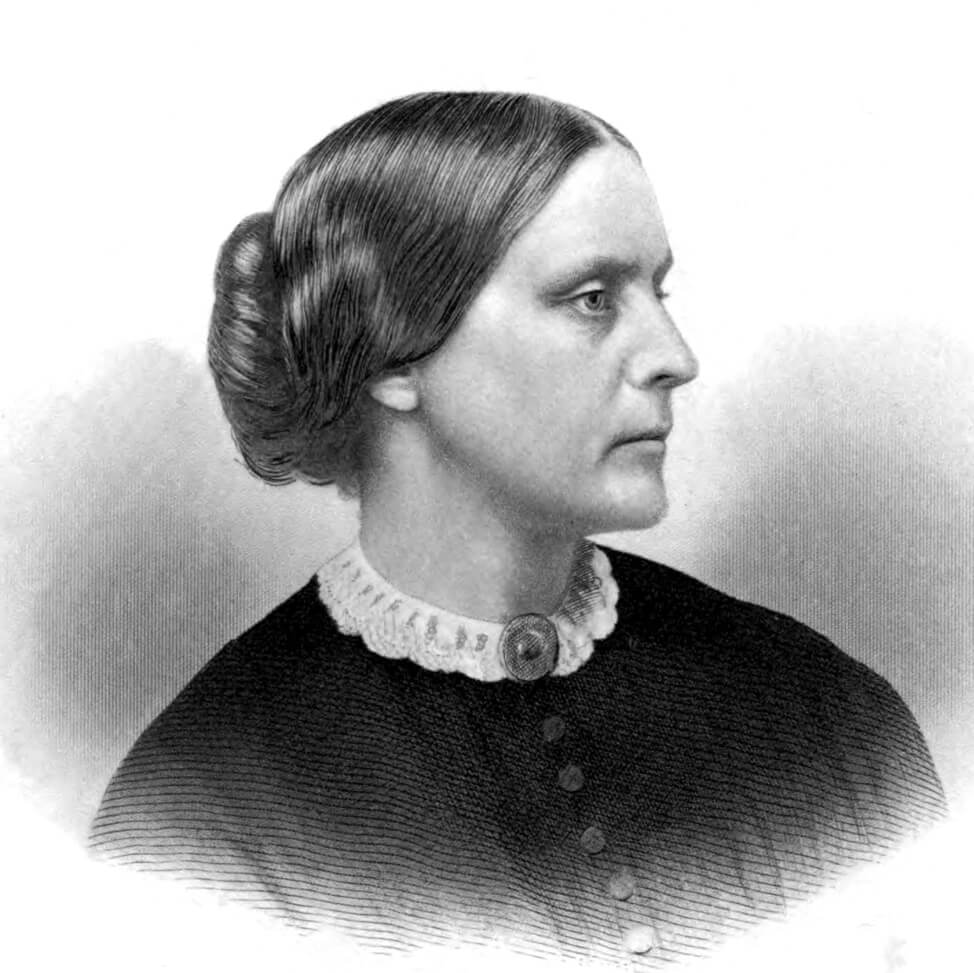 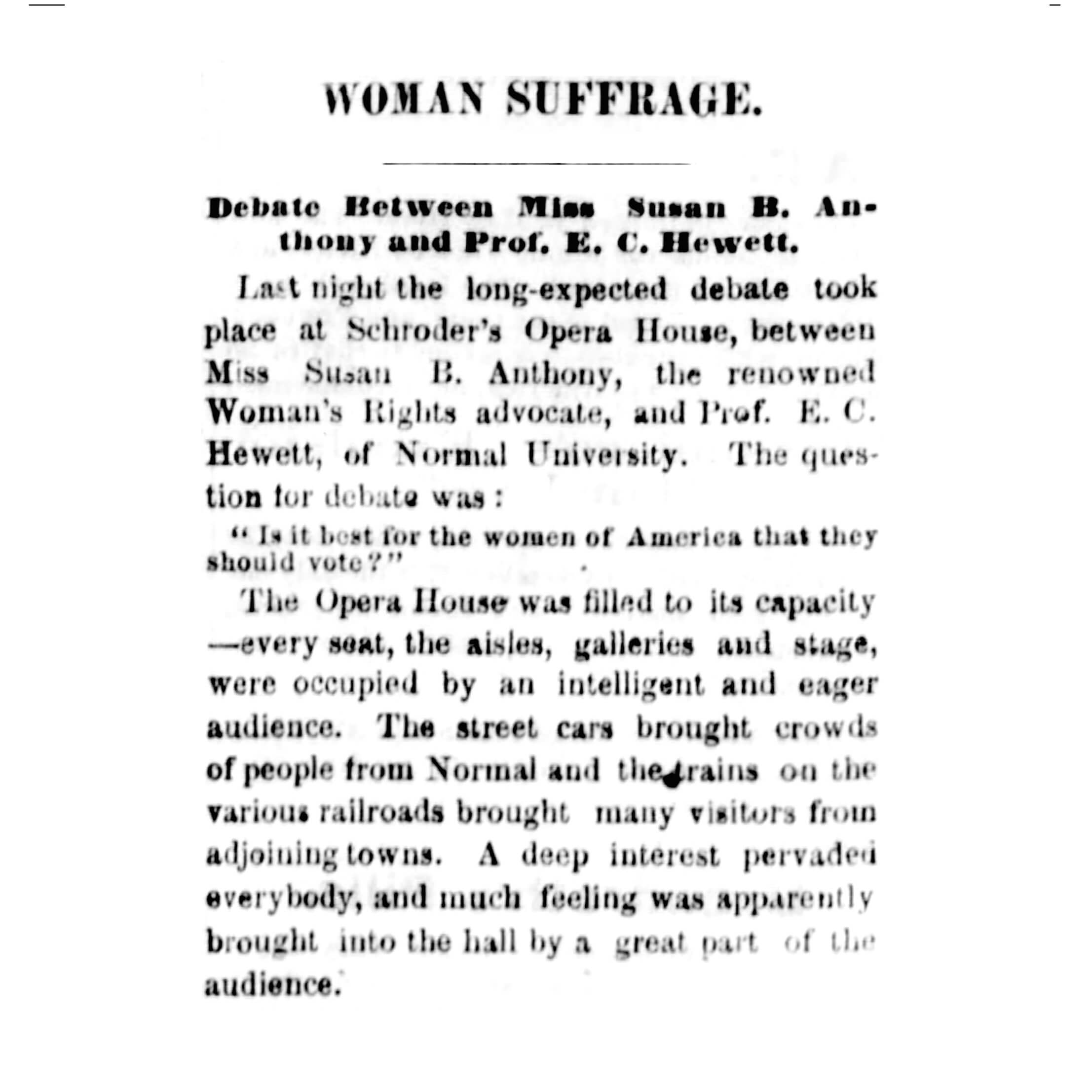 Despite anti-suffrage sentiment, in June 1891 pro-suffrage advocates convinced the Illinois legislature to pass a new voting law that gave women the right to vote for school officers.

Shortly after the passage of this law, the Illinois Supreme Court decided that state or county superintendents were exceptions and could not be voted on by women. This was a step back, but suffrage advocates had made progress.

The following spring 1,241 Bloomington women (including five Black women) participated in the Bloomington Township vote. According to the Pantagraph:

“None of the lady voters yesterday smoked, chewed tobacco, or drank whiskey while waiting in line. No wonder some people don't want women to vote.” 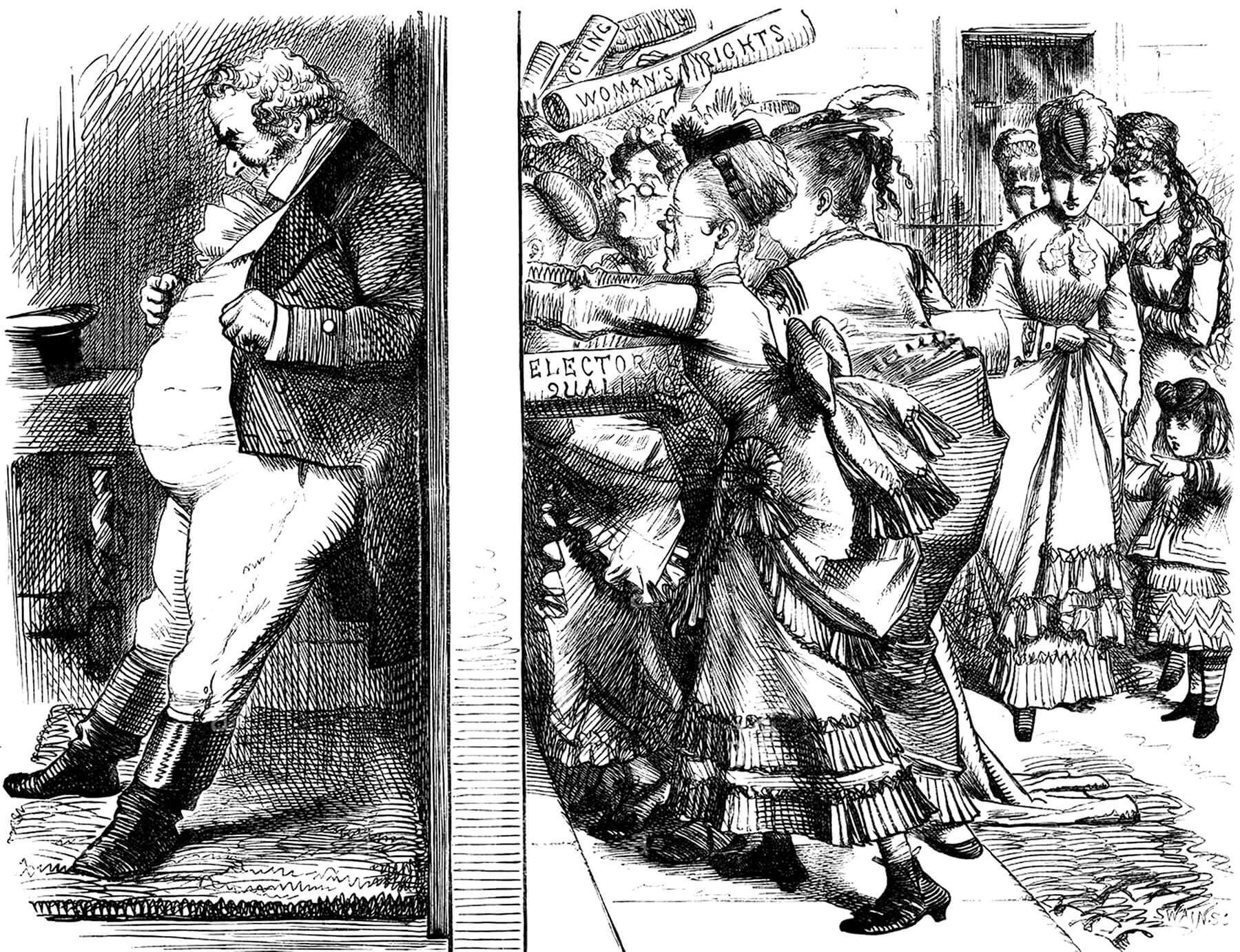 In 1891 Illinois became the first state east of the Mississippi to give women limited voting rights. At the time men and women were required to use separate ballots and ballot boxes. 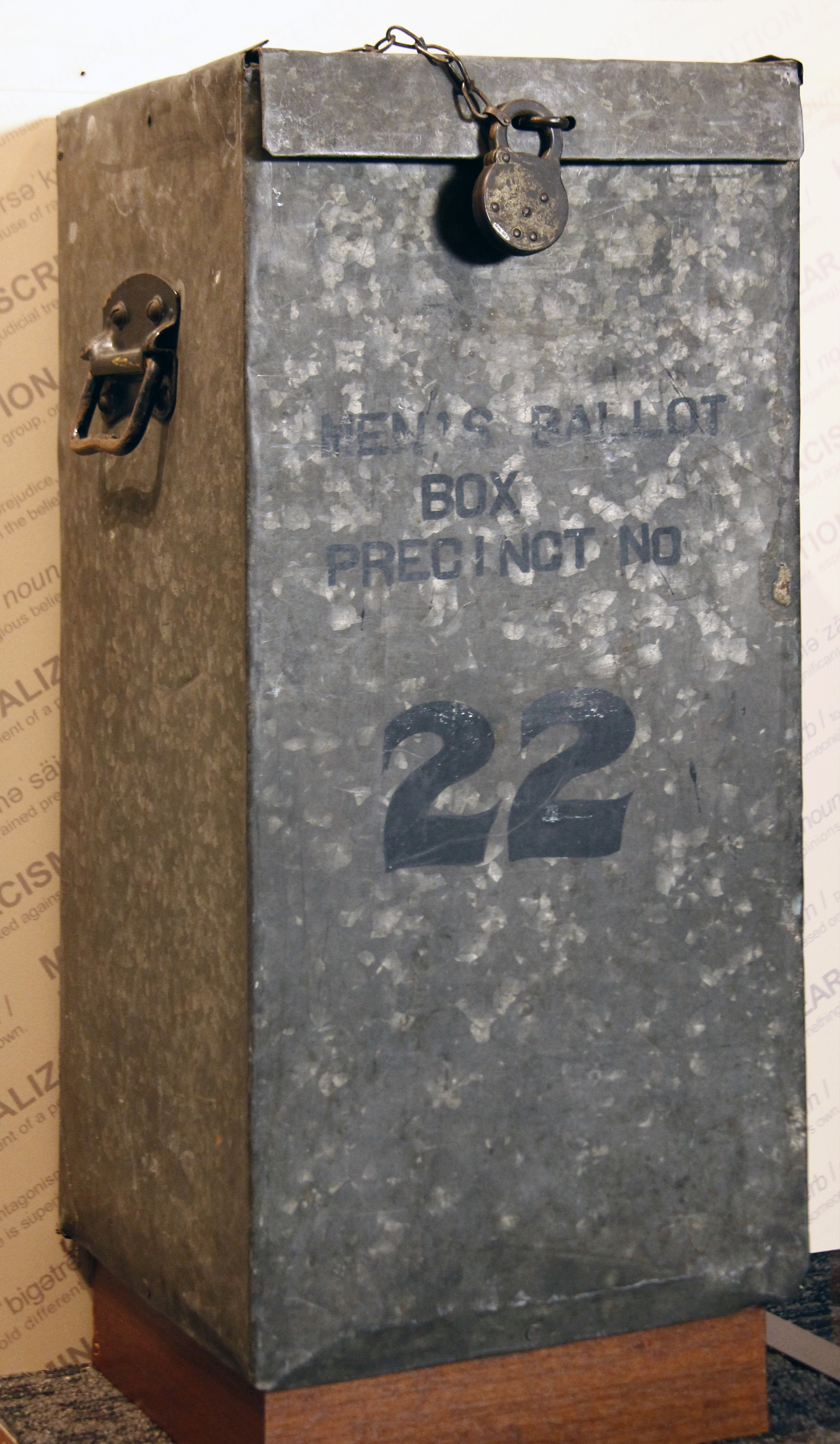 Who controlled whether women voted in Illinois at this time?