The area that became McLean County was occupied by Native people when Illinois was founded. But the U.S. government wasted no time in their efforts to remove all Native claims to Illinois land.

The U.S. government believed “Indian Removal” was imperative and expected all Native people east of the Mississippi River to voluntarily exchange their Illinois lands for lands west of the river.

The Kickapoo once lived between the Great Lakes of Michigan and Erie in southern Michigan and northwest Ohio. But in the early 1700s competition from other Native groups and Europeans forced them from these lands to Illinois. Less than 100 years later, the U.S. government demanded they move again.

In 1818, just after the State of Illinois was established, the U.S. government began efforts to extinguish Native peoples’ titles to Illinois land and force the Tribes to resettle west of the Mississippi River.

Given the size and strength of the U.S. military, the small bands of Native Tribes with whom the U.S. government negotiated undoubtedly feared the U.S. and its military forces.

Left with the choice to fight against superior U.S. forces or leave their homes, in 1819 most signed the Treaty of Edwardsville, ceding their lands in Central Illinois in exchange for a new home on the Osage River in southwest Missouri. 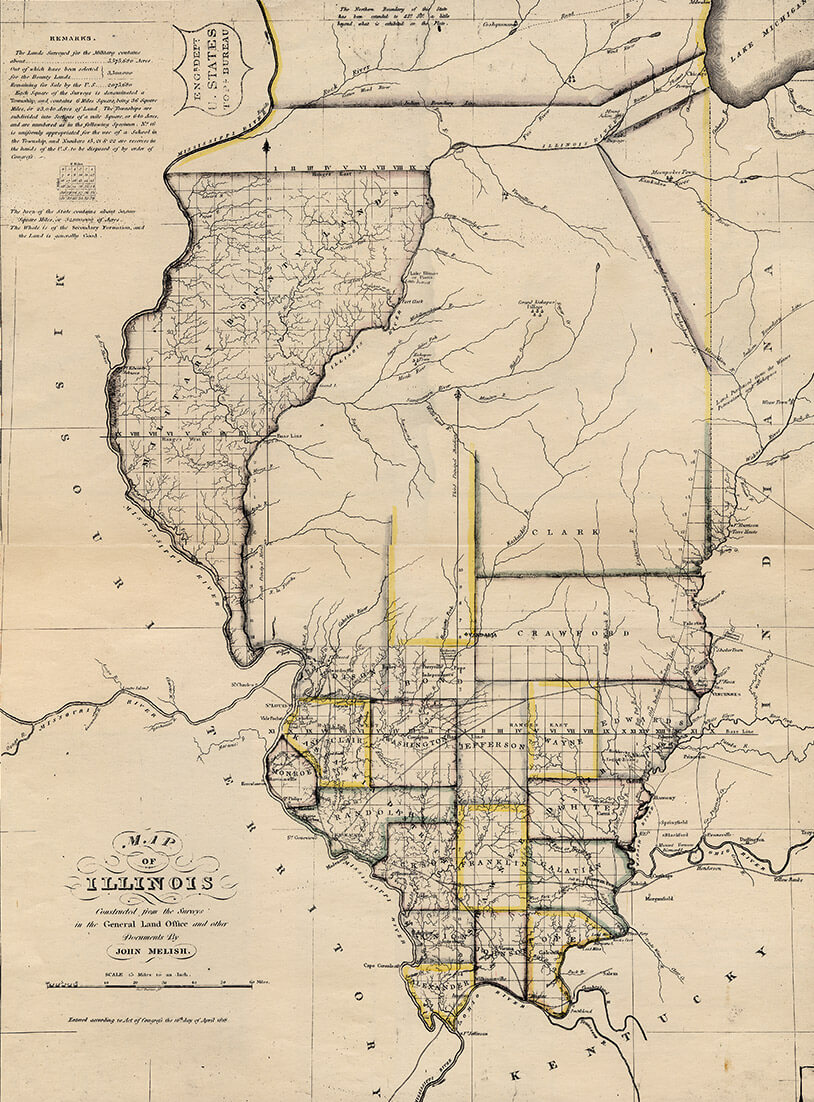 When the Kickapoo arrived in Illinois, the Prairie Band occupied a stretch of Central Illinois running from the headwaters of the Sangamon River westward to Lake Peoria. This band established the Grand Village of the Kickapoo in eastern McLean County. The Vermilion Band settled along the western drainage of the Wabash River.

The Kickapoo were a fiercely independent, culturally conservative people, long known for spreading terror—raiding frontier settlements, burning homesteads, and killing pioneers to improve their political and strategic position. They also took captives and held them for payment or used them as collateral when negotiating treaties.

When Chief Masheena of the Prairie Kickapoo learned of the Treaty of Edwardsville, he responded: 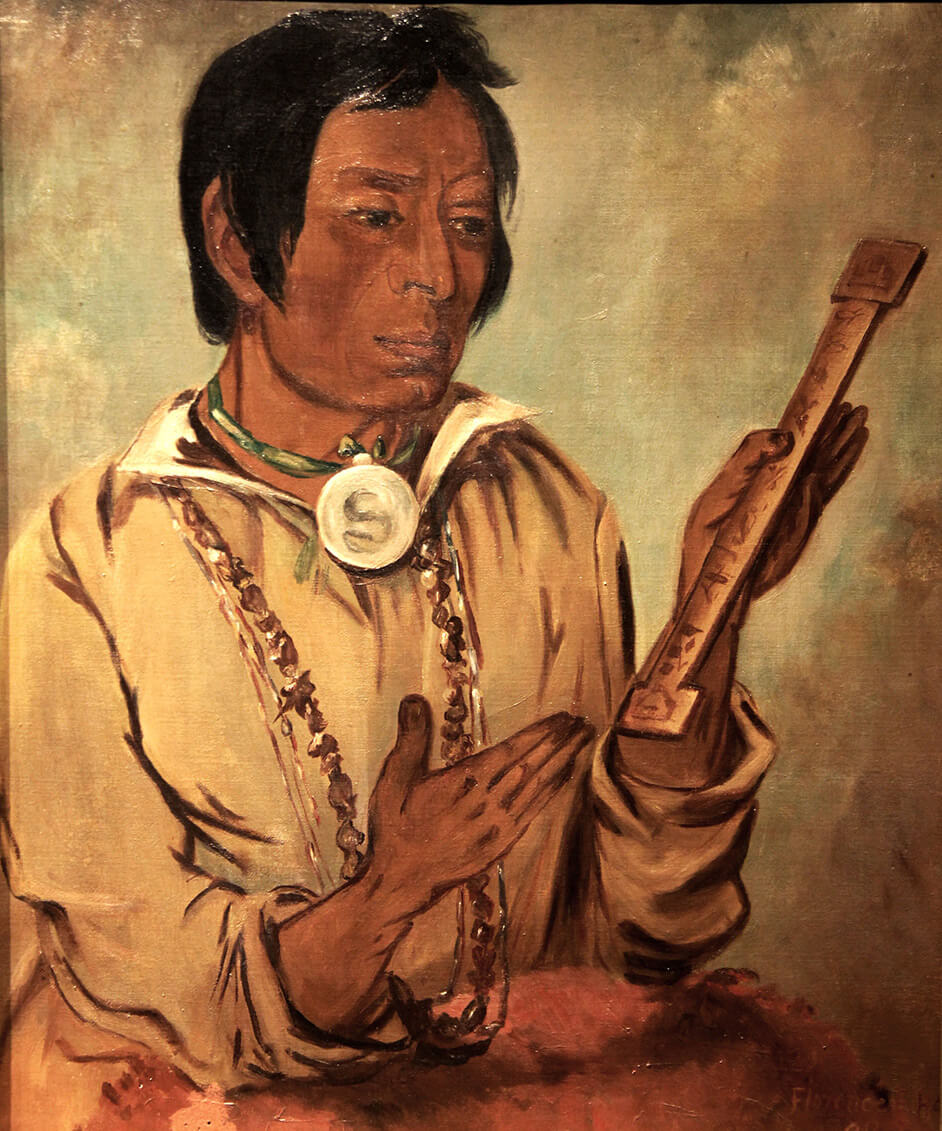 Masheena, his son-in-law Chief Kennekuk, and their followers in Livingston and McLean counties remained in Central Illinois until about 1832 when the U.S. government forced the last of the Native people from Illinois with the Treaty of Castor Hill.

By then the Kickapoo living in Missouri had again succumbed to the U.S. government's insatiable demand for land and had been forced to move to a newly established reservation in Kansas. It was to this reservation that Kennekuk and his followers moved to in 1835.

The U. S. government provided the following to the Kickapoo who signed the Treaty of Castor Hill: 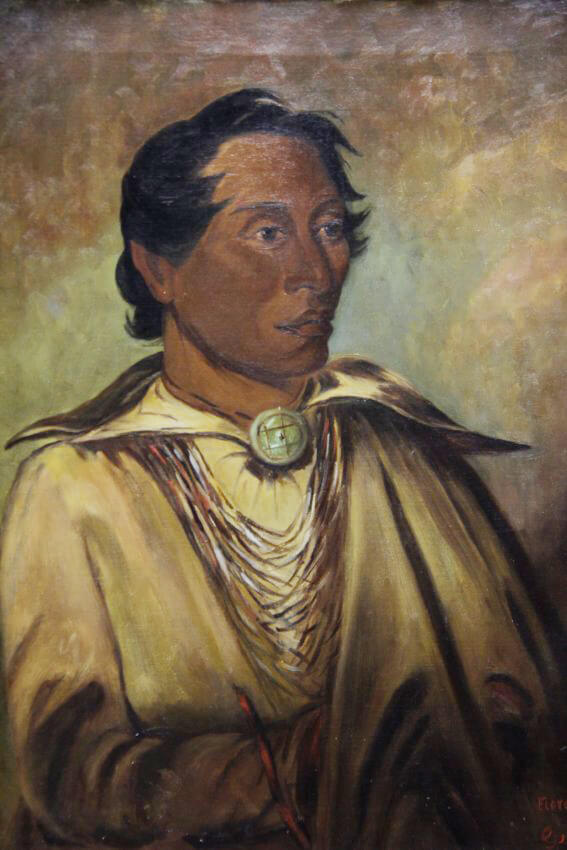 Why did the U.S. government have the power to control land ownership?

What, if anything, could Native people have done to overcome this power?