In 1971 the Town of Normal decided to hire and pay full-time firefighters — they had previously been volunteers. In 1975 all 27 members of the department organized Local #2442 in order to ensure bargaining power when it came time for contract negotiations.

The Town of Normal

The Town of Normal recognized the union, but considered their officers management, rather than part of the union’s bargaining unit. On March 20, 1978 Normal’s Town Council voted to exclude firefighters from the town’s pay plan, leaving their working conditions open to negotiation. The council also voted to leave officers on the town pay plan, thus solidifying their exclusion from the contract bargaining process.

On March 21, 1978, all 27 Normal firefighters, including officers, walked off the job knowing their strike was illegal and that they could go to jail. They were frustrated with what they considered "false promises" for better conditions from town management. Negotiations had stalled the previous fall, and they were no longer willing to work without a contract.

Rather than renewing negotiation efforts, the Town of Normal sought a temporary restraining order against the firefighters. Judge William Caisley postponed the decision to provide time for court hearings, and demanded continued negotiations. But on March 27, Judge Caisley ordered the firefighters back to work.

“If we’re out a week, two weeks, three weeks or a month, it doesn’t make any difference. We aren’t going back to work under false promises.”

Negotiations resumed the following day. But with Normal still refusing to recognize officers, the firefighters decided they would risk being jailed. They resumed their strike on March 30.

On March 31, the firefighters appeared in court. Judge Caisley ordered the officers to go to jail for 42 days, citing contempt of court—a typical ruling in a strike situation. But then he did something totally unprecedented—he also ordered the remaining firefighters to jail for the same period of time. 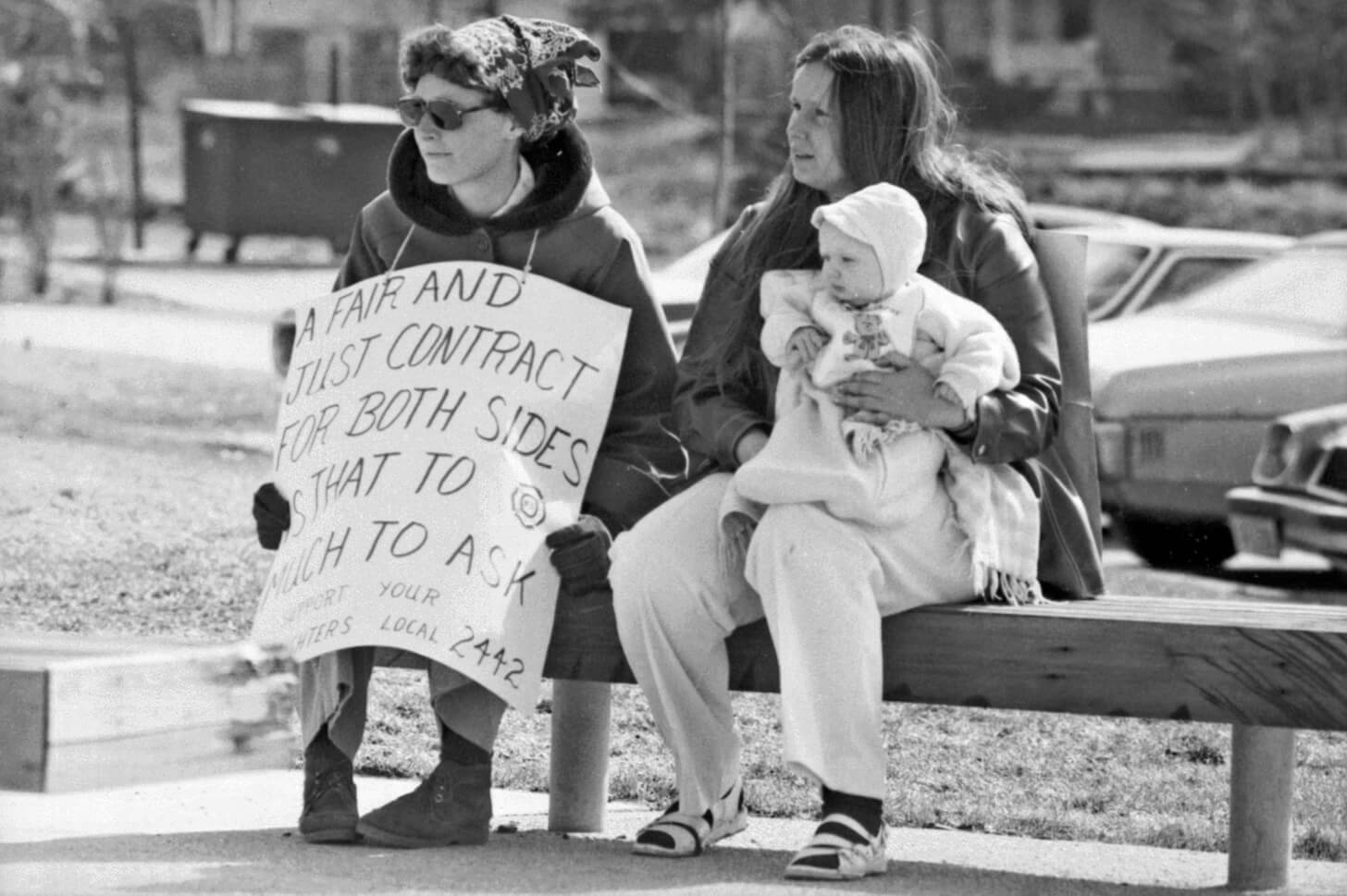 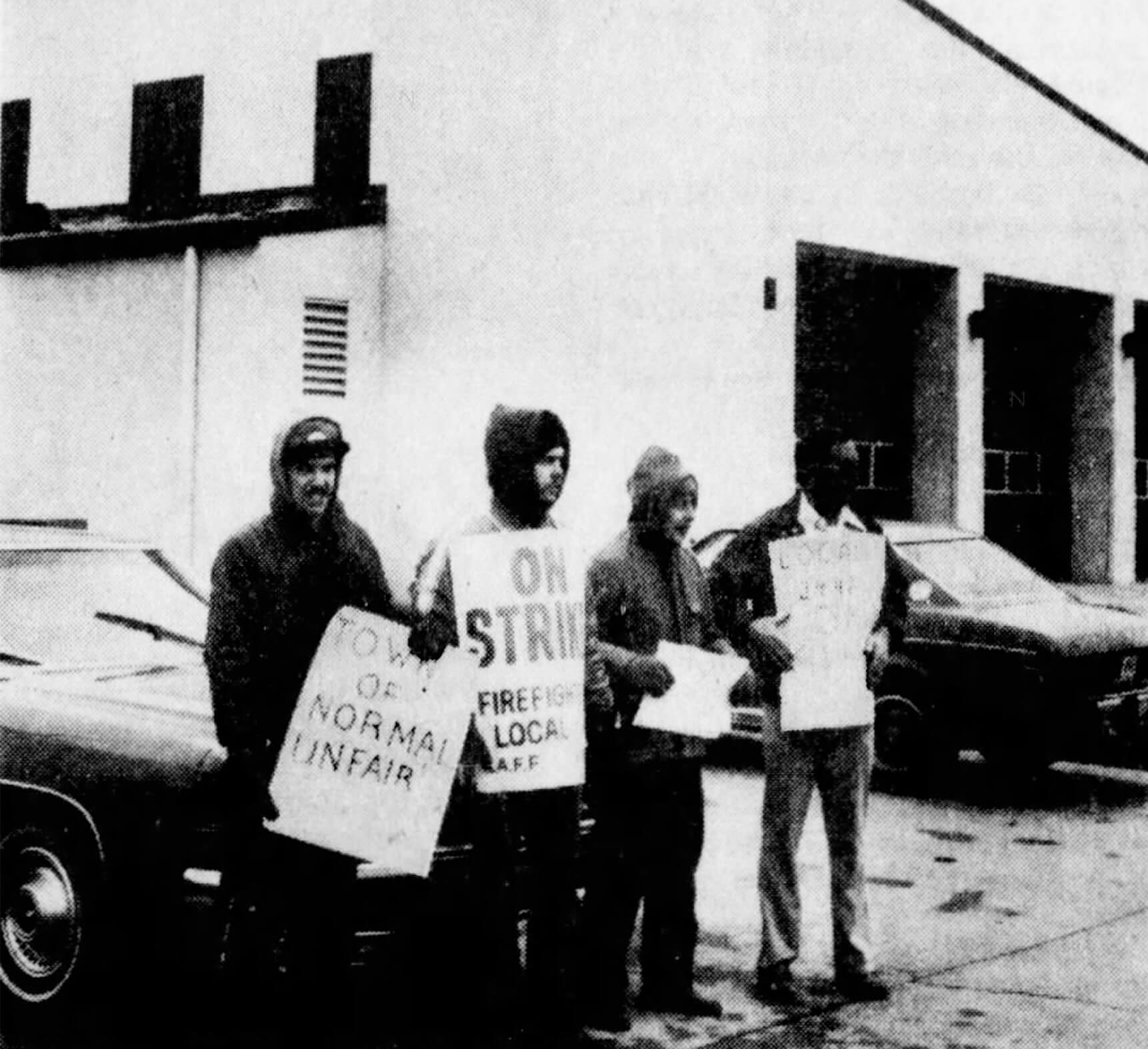 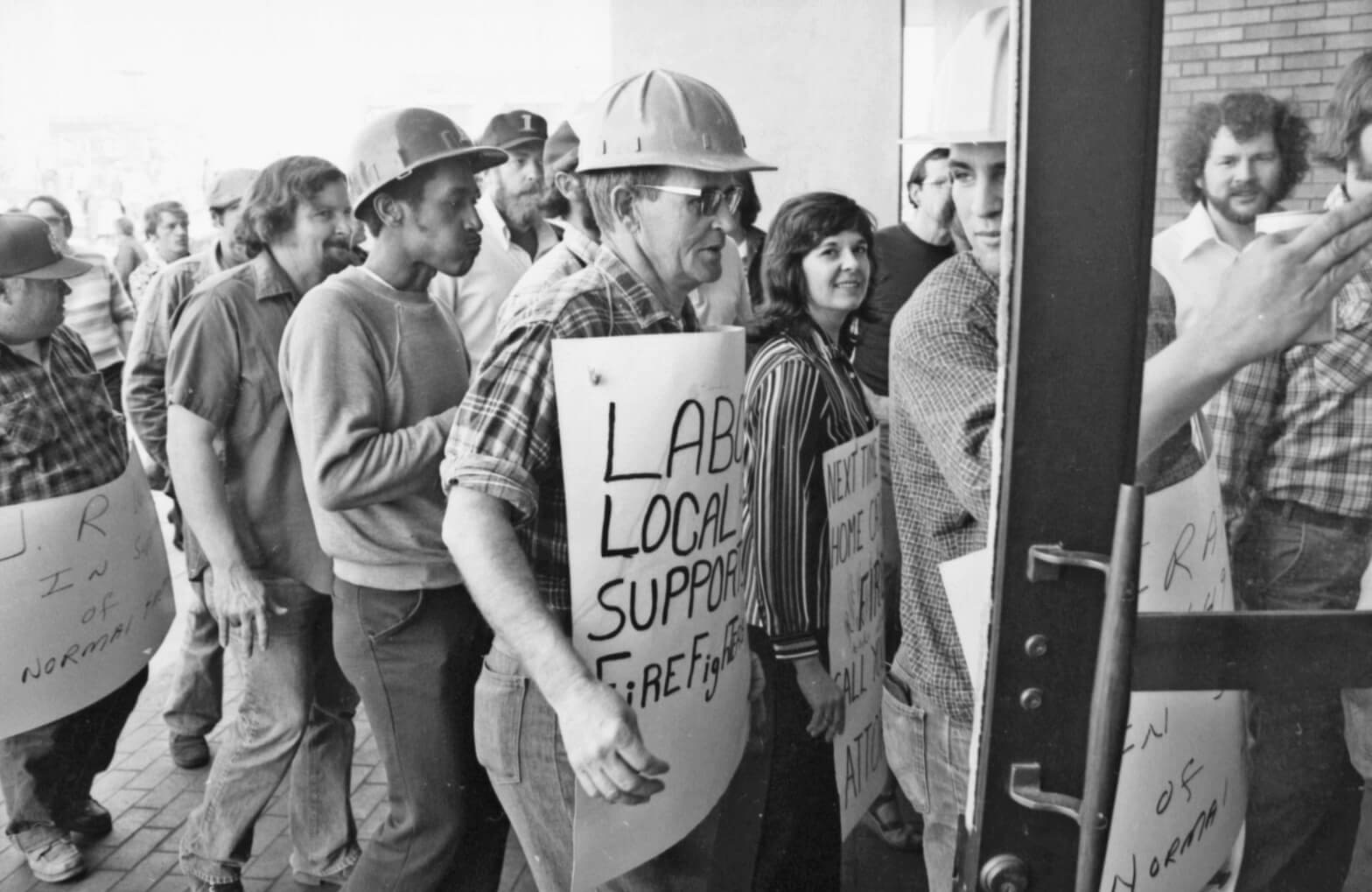 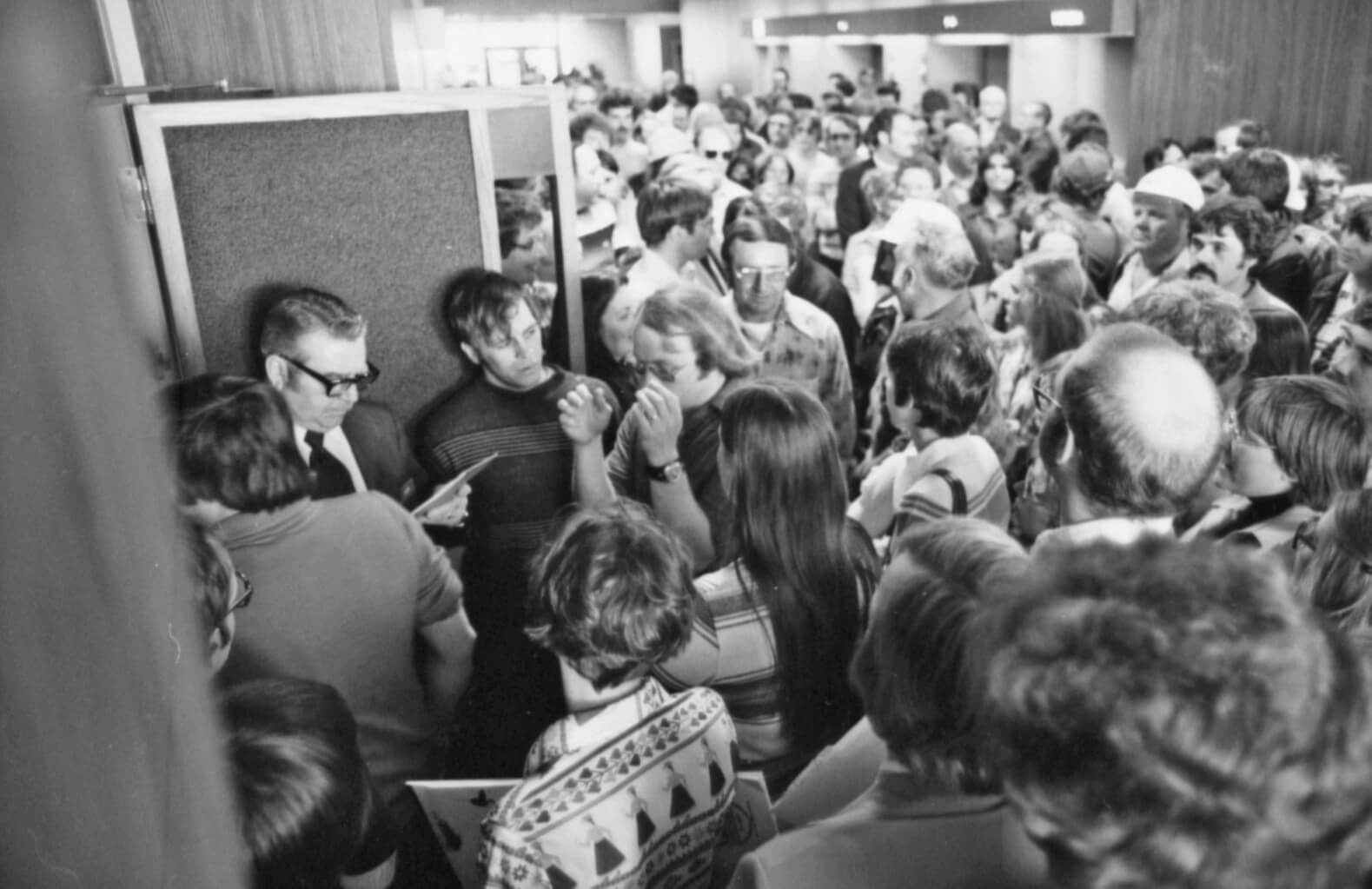 As firefighters and other unions across the state and nation offered their support, the strike became a national media event.

Soon, the daily shift-change ritual brought large crowds to Adelaide Street, cheering the firefighters on. Illinois State University students formed support groups. Other unions joined in picketing and protesting for the firefighters, including shutting down a Normal Town Council meeting. 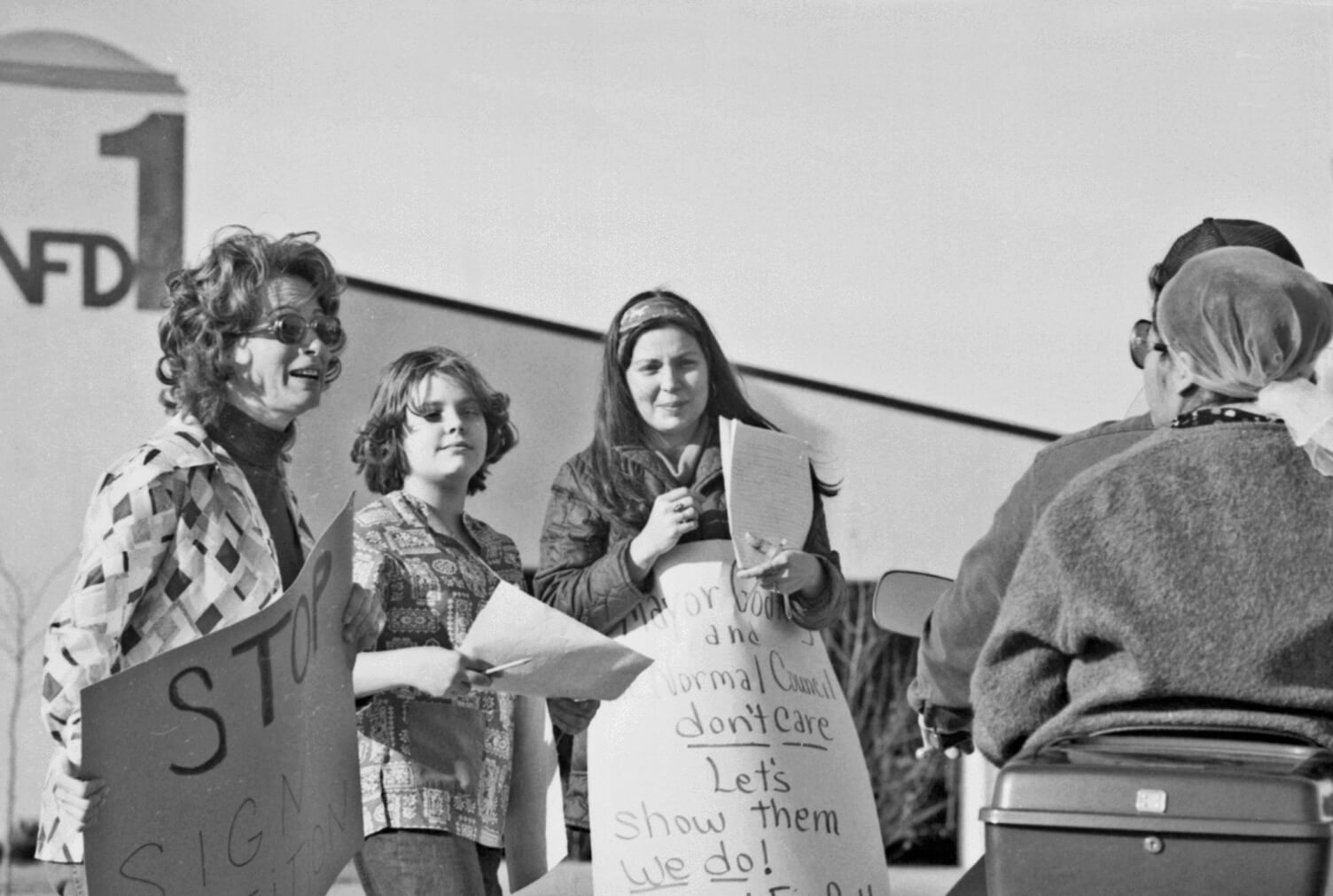 On May 8, the Town of Normal announced a contract with Eagle 9-11, a private company hired to replace the strikers.

Supportive unions and community members were not happy about this decision. 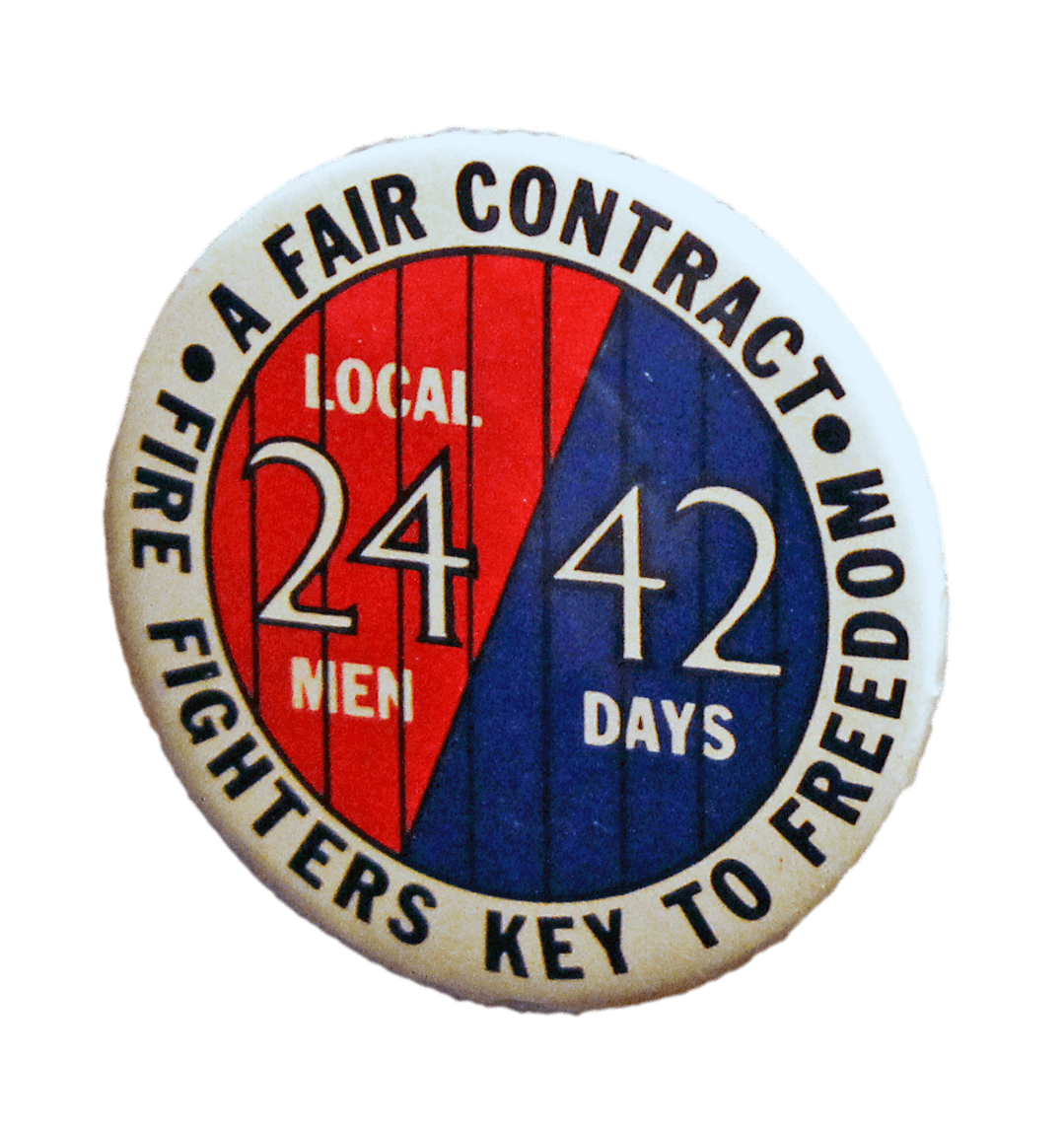 On May 10, the strikers completed their 42-day jail sentence.

Five days later on May 15, a tentative contract that included recognition of the firefighters' union was negotiated. At 5 a.m. that morning, the strike ended and the firefighters went back to work. Their strike had lasted 56 days—the longest in Illinois firefighter history. Two years later, when national outrage erupted in response to 26 Chicago fire deaths, Illinois finally passed a collective bargaining bill. 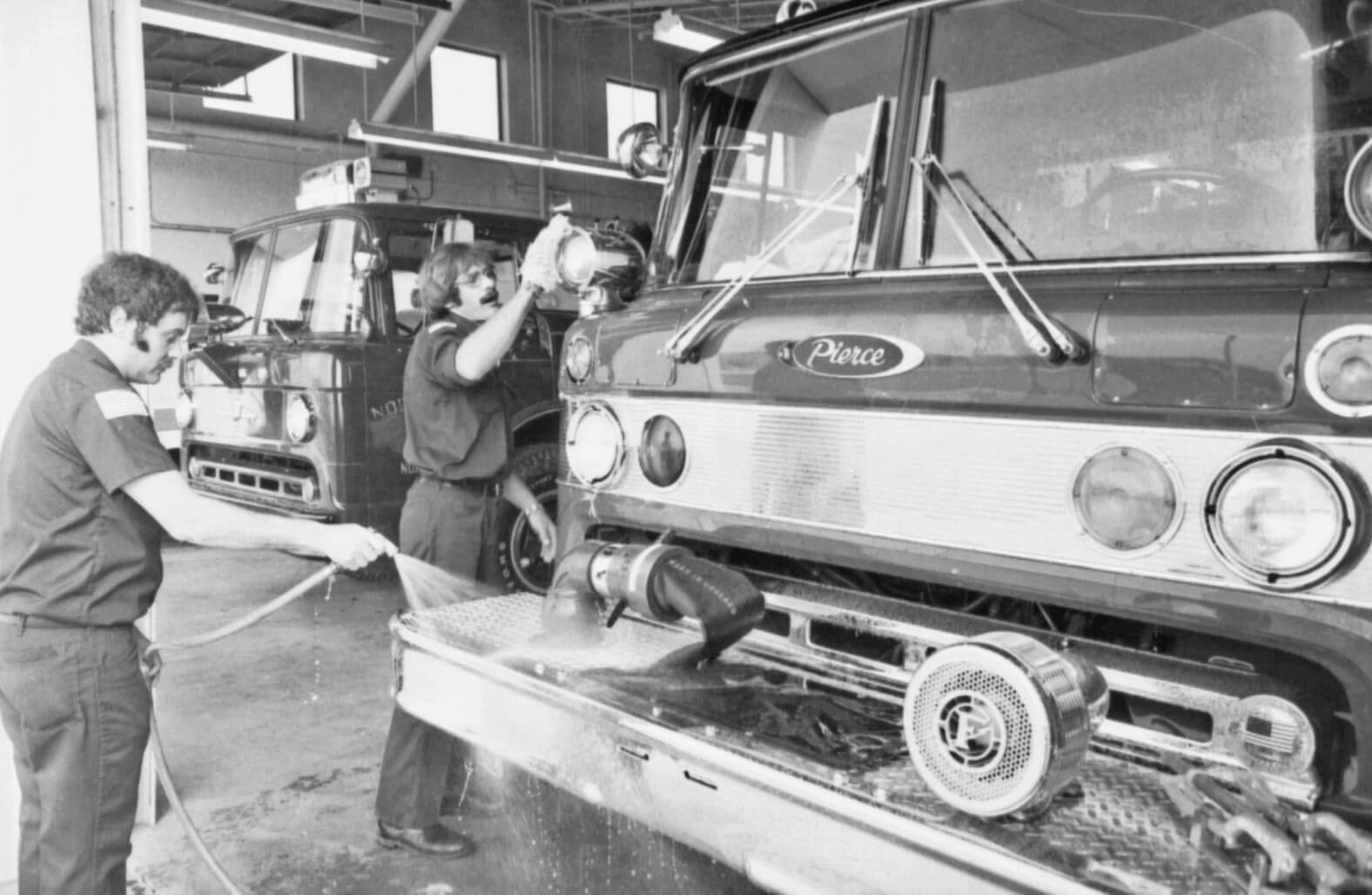 Who controlled the firefighters' contracts and what gave them that power?

What gave the Town of Normal the right to exclude officers from the negotiations?