The Varied Caseload of A. Lincoln, Attorney

During his legal career, Lincoln handled more than 90 cases in McLean County. However, many Eighth Circuit records were lost in the Bloomington Fire of 1900. The true number of Lincoln cases was much higher.

Lincoln took legal work where he could find it. His cases ranged from murder trials to mundane civil actions, and most everything in between.

Railroads criss-crossed Illinois by the mid-1850s, providing transportation for people and goods. The Illinois Central Railroad originally ran from the southern tip of Illinois north to Chicago, with a branch to Freeport. It was the longest railroad in the world at the time.

By the mid-1850s, Lincoln was one of the most respected and best-paid corporate lawyers in the state. He spent much of his time working for the Illinois Central Railroad, one of the largest and most powerful railroads in the country.

As an attorney for Illinois Central Railroad, Lincoln had certain privileges, including free passage on its lines. 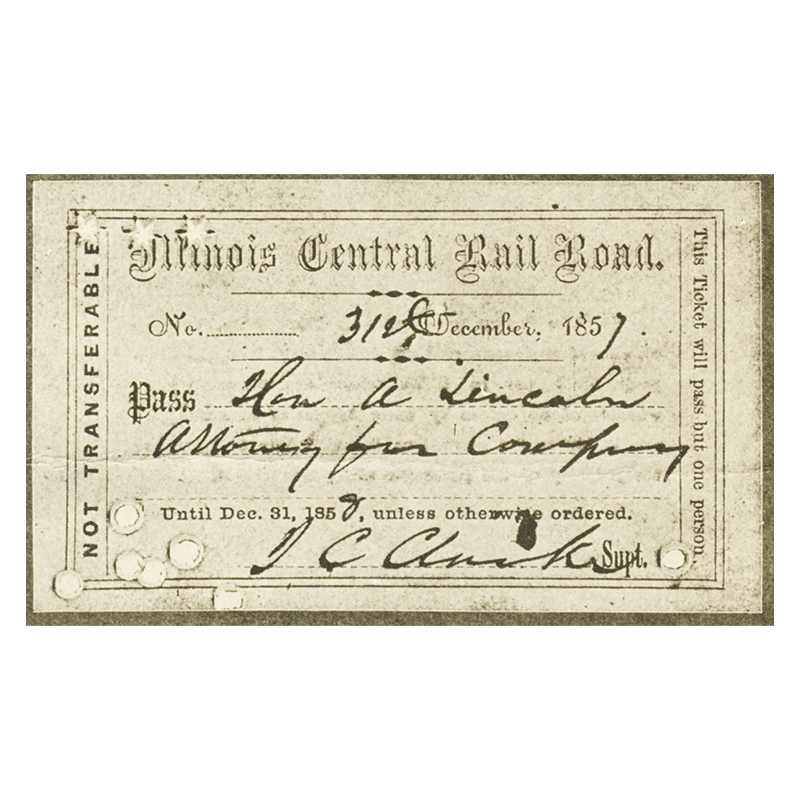 The Illinois Central Railroad vs. McLean County: A Landmark Decision

In 1853 McLean County levied a property tax on Illinois Central Railroad land within its borders. As the railroad passed through dozens of counties and hundreds of local government jurisdictions, this action posed a major threat to the railroad.

Lincoln argued the state charter governing the railroad and state taxing powers trumped local authority. In 1856 the Illinois Supreme Court agreed with Lincoln and ruled in favor of the Illinois Central Railroad.

The decision saved the railroad thousands, if not millions of dollars. Ironically, Lincoln had to sue the railroad to get his $5,000 fee. He won. It was the most money he ever made from a single case during his entire law career.

“Allow me to suggest that it is not safe to regard the case too lightly. A great stake is involved and it will be fiercely contended for.” 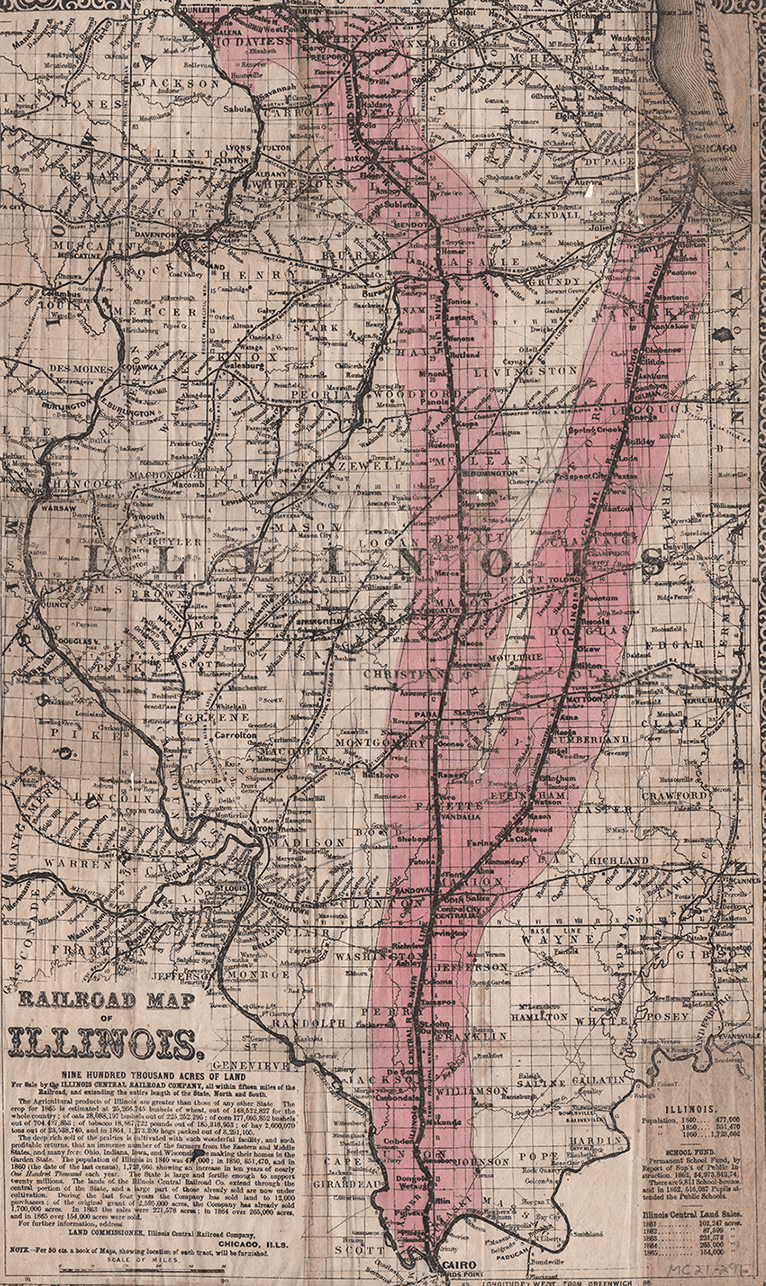 In 1857, Lincoln was a prosecuting attorney in a sensational murder case. The trial marked an early use of the insanity defense.

“The trial excited the most intense interest both in McLean and DeWitt counties, and the Court House was densely crowded with spectators throughout.” 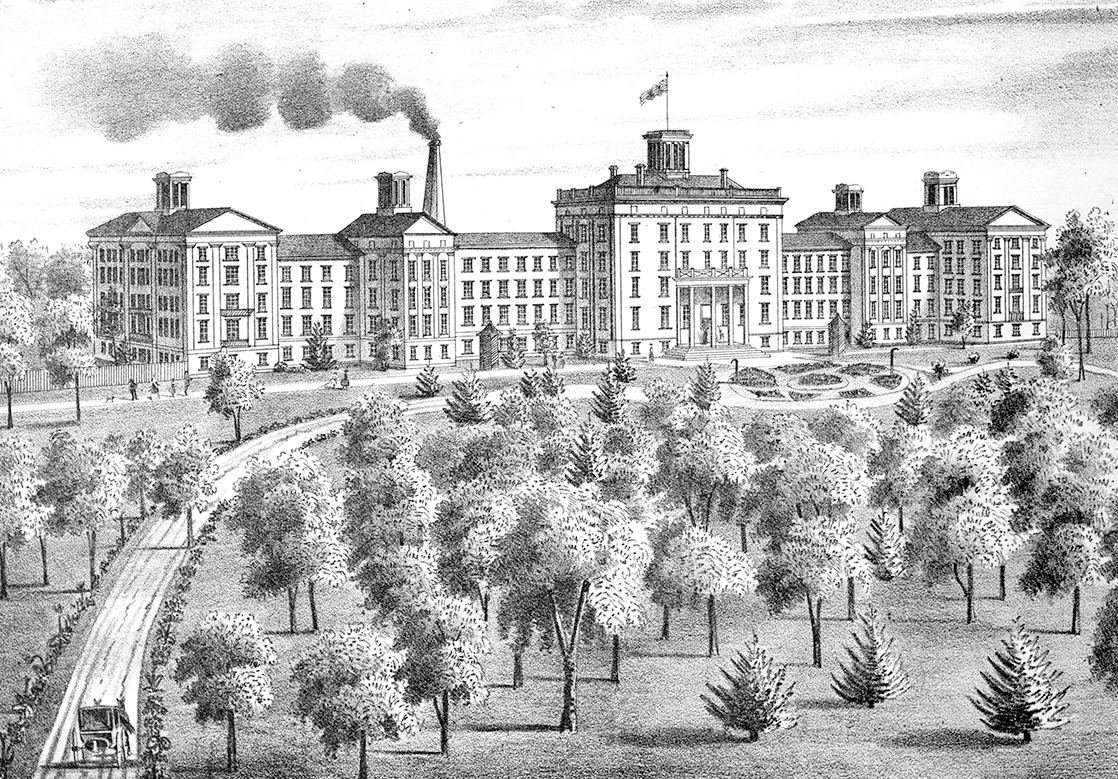 “I told defendant that he had killed Rusk; ‘well,’ said he, ‘if I have killed him, damn his soul, that is just what I came here to do.”

“We learn that Isaac Wyant, lately acquitted of the charge of murder, was on Monday brought before the County Court of this County, pronounced insane, and sent to the State Lunatic Asylum at Jacksonville, his friends agreeing to bear the expenses of his maintenance there.”

Lincoln was no stranger to family law — including divorce, alimony, and child custody. From 1837 to 1860 he and his law partners handled at least 145 divorce cases.

In Lincoln’s day, Illinois had one of the more liberal divorce laws in the United States. 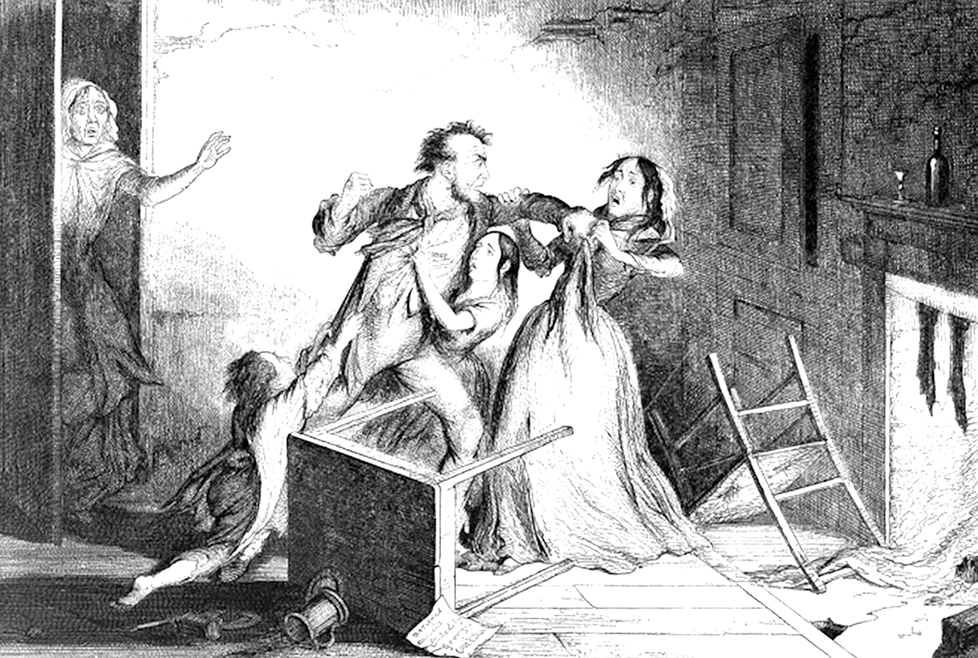 In October 1852, McLean County resident Mary Beard sued her husband Martin Beard for divorce. She accused him of cruelty toward not only herself, but also their infant child.

The jury found Martin Beard guilty of “extreme and repeated cruelty.” The court granted the divorce, allowed Mary to retain custody of their infant son William, and ordered Martin to cover all court costs.

“Martin Beard the defendant has been guilty of extreme and repeated cruelty...He has frequently severely beaten and bruised your oratrix [Mary Beard] with his fists and has whipped your oratrix with a switch.” 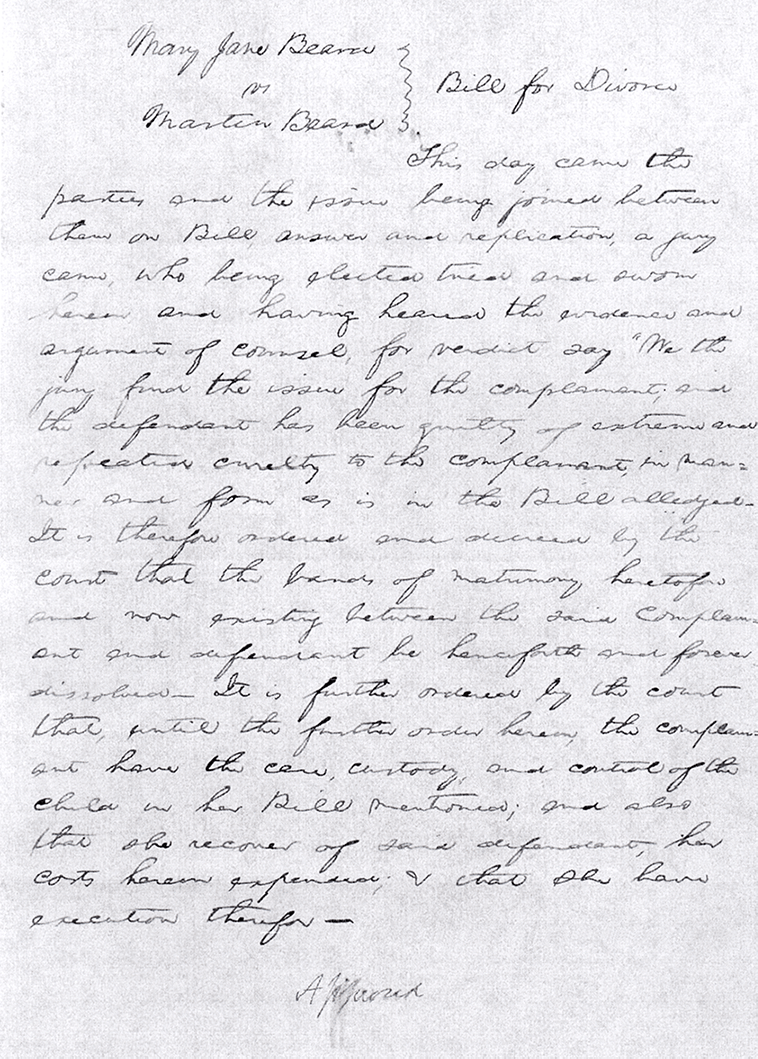