During his years on the Eighth Circuit, Abraham Lincoln came to trust and depend on several leading citizens of McLean County. These men were members of the Whig Party who believed in government support for economic and industrial growth, especially railroads. They also opposed the expansion of slavery. But when their Whig Party collapsed over the issue of slavery, Lincoln, with support from his Bloomington friends, became the leader of the new Republican Party.

Born in Maryland in 1815, Davis headed to Illinois in 1835 and established a law practice in Pekin.

He moved to Bloomington in 1836 after buying out the practice of Bloomington’s first lawyer, Jesse Fell.

Davis met Lincoln for the first time in 1835, in Vandalia, Illinois, then the state capital. Davis practiced law on the Eighth Circuit and in 1848 became the presiding judge.

Lincoln was a state lawmaker and Davis came to lobby for a railroad for Pekin. Davis was a member of the Whig Party and believed railroads would spur economic growth. 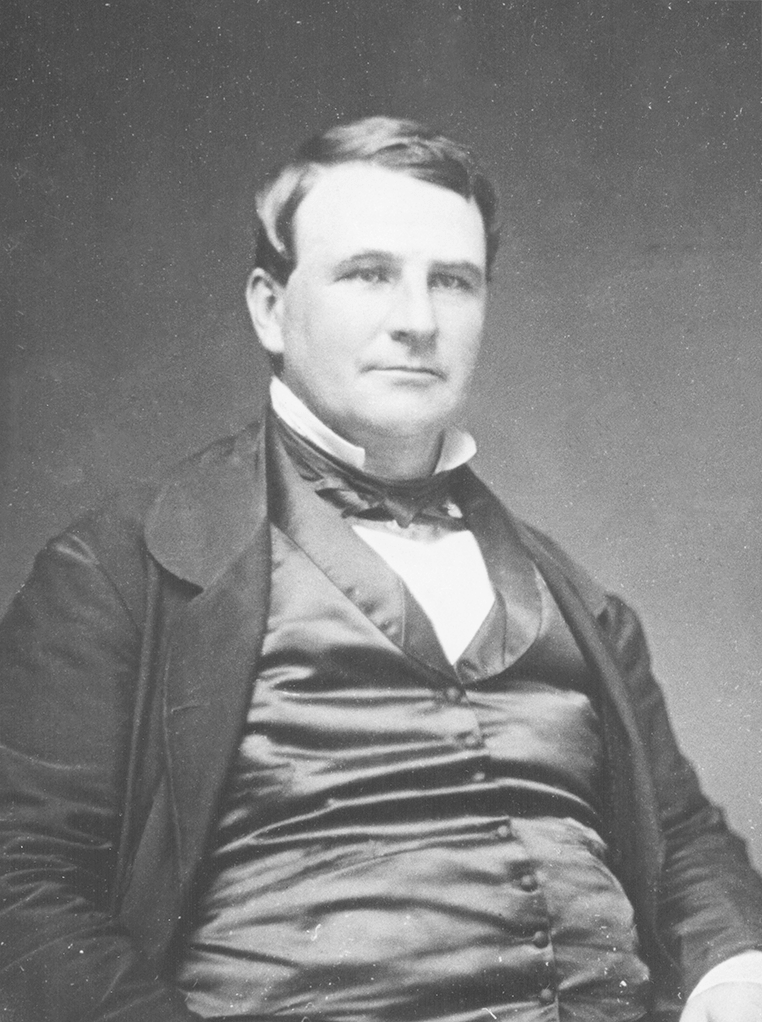 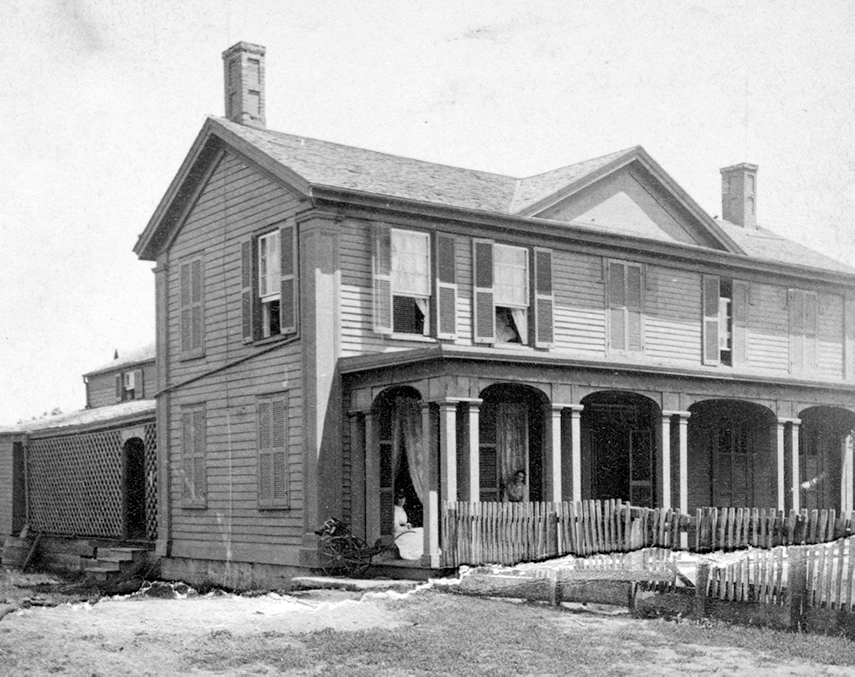 As Davis traveled the Eighth Circuit, he and his fellow attorneys enjoyed a level of intimacy and camaraderie common for the time.

For amusement Davis sometimes held mock trials in which lawyers were accused of breeches of decorum and court tradition. Lincoln was once “tried” for undercharging for his services.

When it came to opposing slavery, Davis held more moderate positions than many of Lincoln's friends.

“What a dreadful affair the Harper's Ferry insurrection has been — The papers are full of it. These wild fanatics will be taught a lesson—that is only through the peaceful mode of the ball & box [ballot box] that slavery can be reached.” 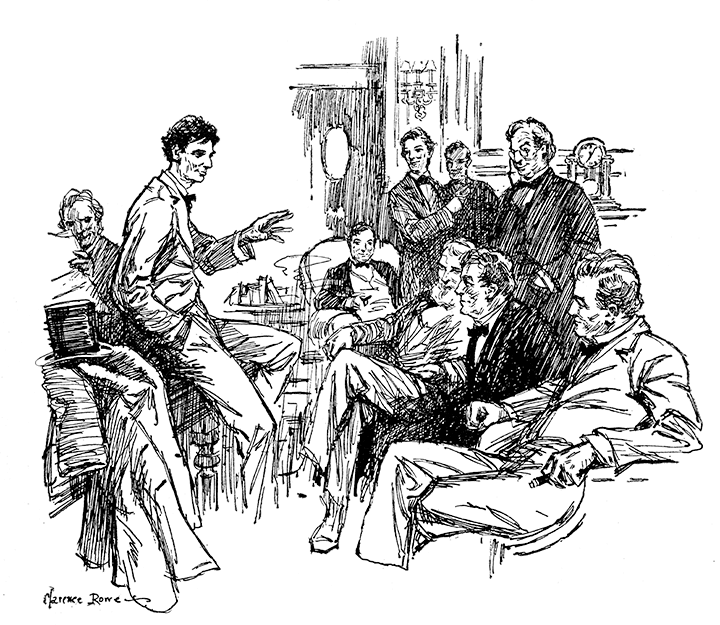 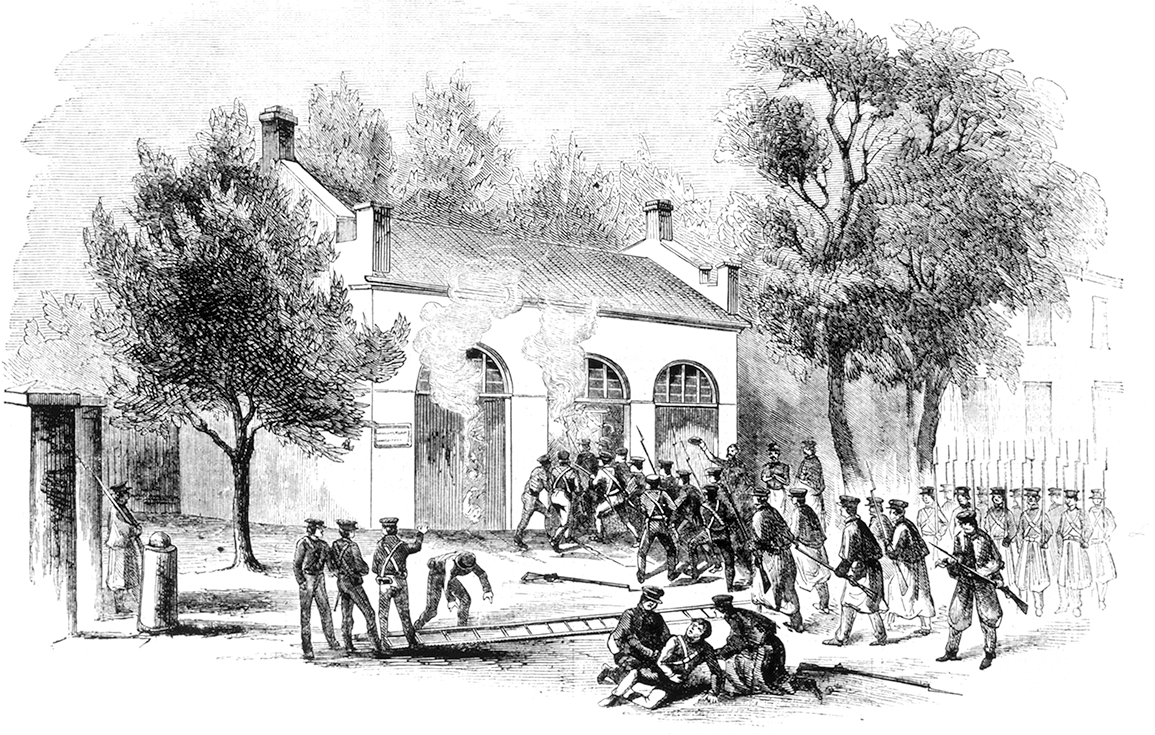 Although Davis and Lincoln sometimes clashed, there was respect and affection between the two men.

After the death of their infant daughter Lucy in August 1850, Davis brought his grief-stricken wife Sarah and son George on the fall “swing” of the circuit. Lincoln took eight-year-old George under his care, giving his parents time to console each other.

Yet for all his humor and stories, Lincoln remained a mystery to even his closest friends. Judge Davis, for one, called Lincoln, “the most reticent — secretive man I ever saw — or expect to see.” 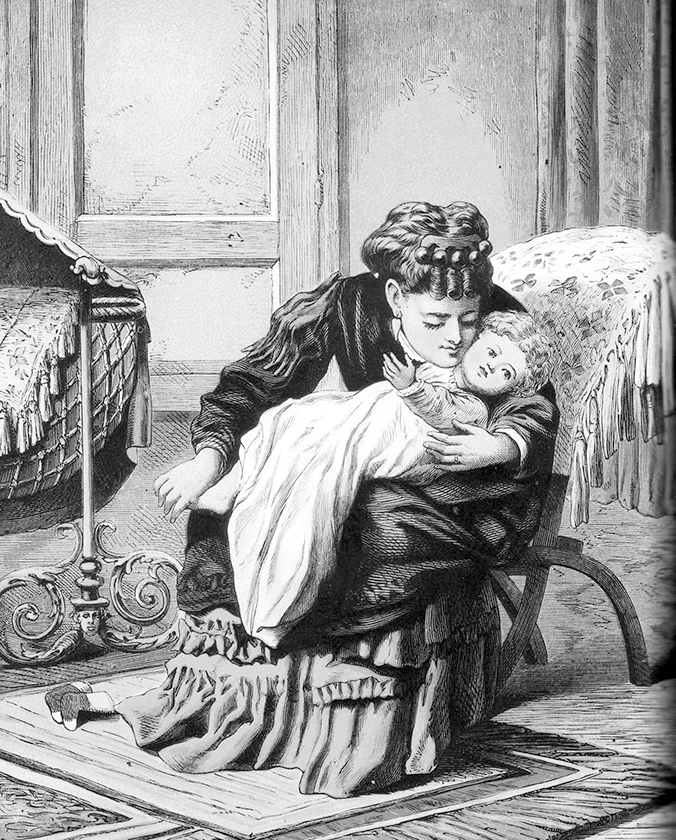 A New Englander by birth and temperament, Swett headed west in his early twenties, serving in an Indiana regiment during the Mexican War. Sickness ended his fighting days, and he began a law practice in Bloomington.

According to one story, Swett first encountered Davis and Lincoln at a Danville hotel after being directed to their room.

“Imagine my surprise when the door opened to find two men...engaged in a lively battle of pillows, tossing them at each other’s heads.” 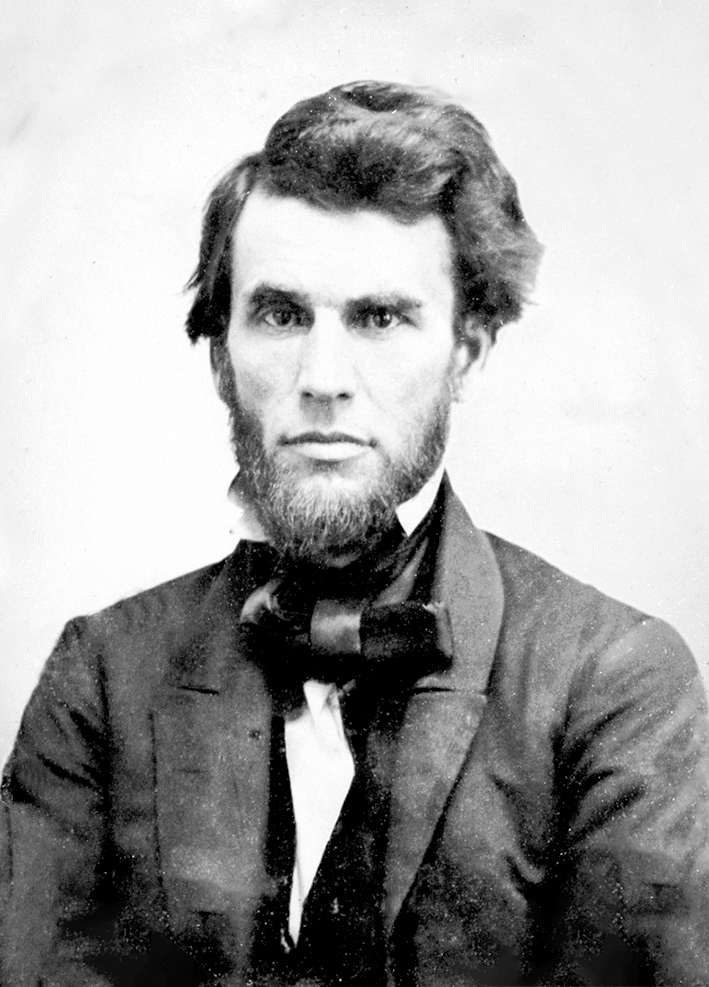 Swett and Lincoln appeared together in more than 90 cases of record, sometimes working together but just as often in opposition. With the coming of the railroads, many attorneys returned home for the weekend. Both Swett and Lincoln stayed. They used the extra time to prepare casework and enjoy each other's company.

“It seems to me I have tried a thousand lawsuits with or against him and I have known him as intimately as I have ever known any man in my life.” 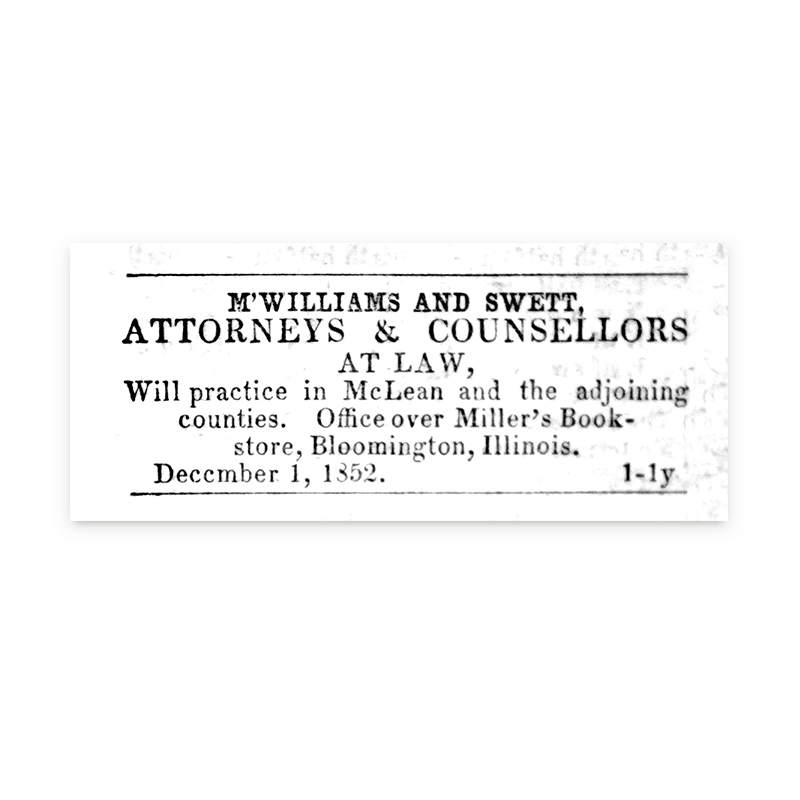 A first-rate orator and debater, Swett’s skills made him a formidable ally. Like Lincoln, he opposed slavery and fought its expansion westward.

Swett was a tireless supporter of Lincoln’s political career, beginning with Lincoln’s failed 1854 bid for a U.S. Senate seat. “Use me in any way,” Swett instructed Lincoln during that campaign.

In 1856 and again in 1858, Swett campaigned alongside Lincoln in various Central Illinois communities in support of Republican candidates.

“Leonard Swett of McLean [County] is decidedly the leader of the Republican forces. He is undoubtedly one of the fairest and most honorable gentleman on his side.” 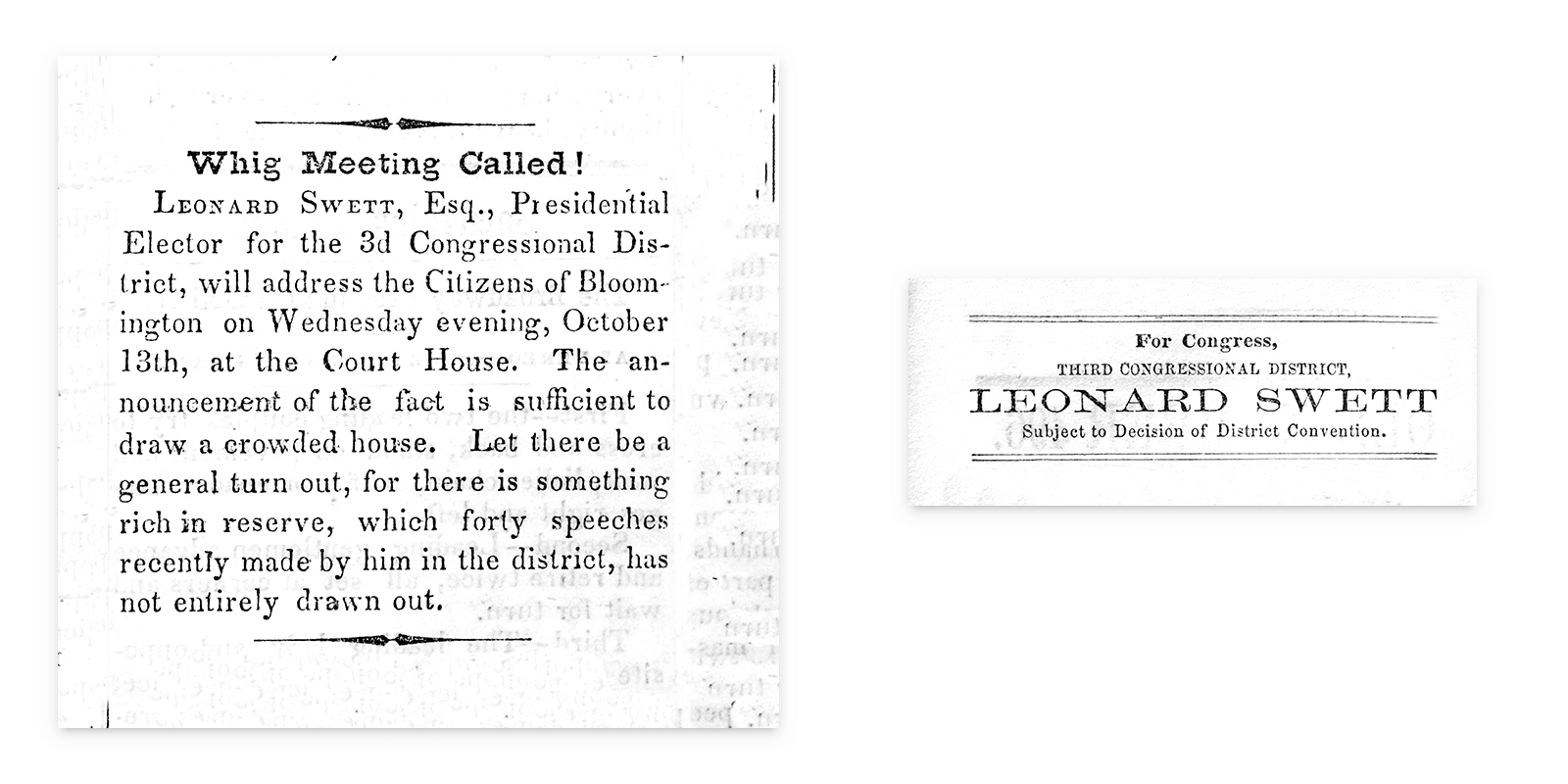 Born in upstate New York in 1810, Gridley settled in Bloomington in October 1831, three months after its establishment as the county seat.

It is not known when Gridley and Lincoln first crossed paths, but by the early 1840s Gridley was a successful attorney on the Eighth Circuit. In McLean County, he appeared alongside or against Lincoln in more cases than any other Bloomington attorney.

On December 5, 1840, Gridley and Lincoln were part of a trio of Whig Party state representatives who jumped out a window to prevent an unfavorable vote. Their ploy failed.

As a state senator, Gridley played a chief role in ensuring the Illinois Central Railroad passed through Bloomington. He then became a land agent for the railroad, becoming a wealthy “speculator-politician.”

“The law proposed...was harsh, cruel, and unnecessary...Disguise it as you may, it would give power to make Illinois a slave state.” 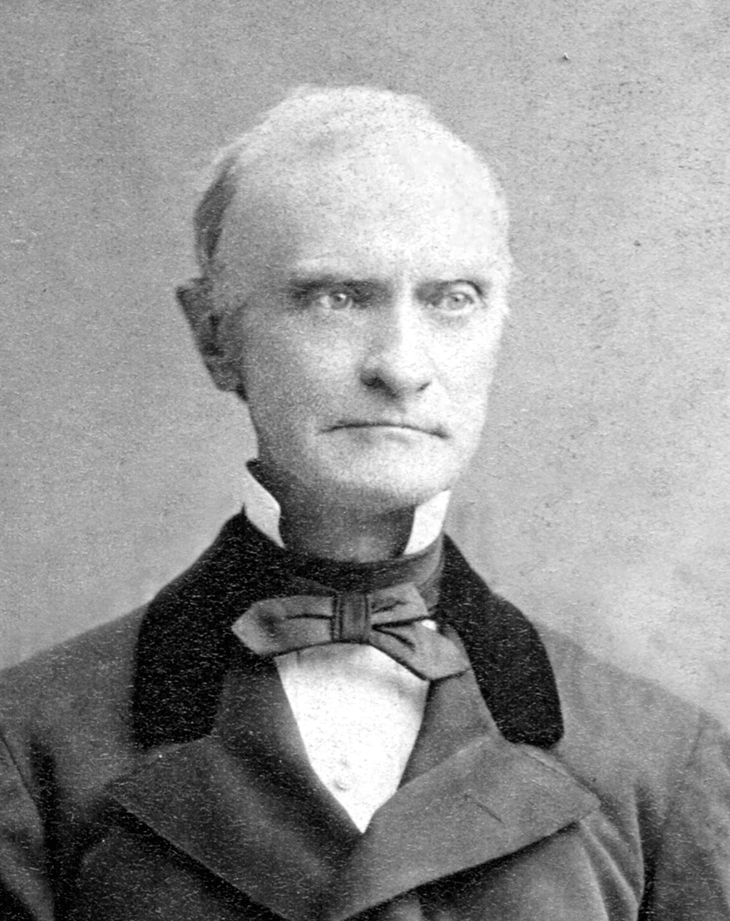 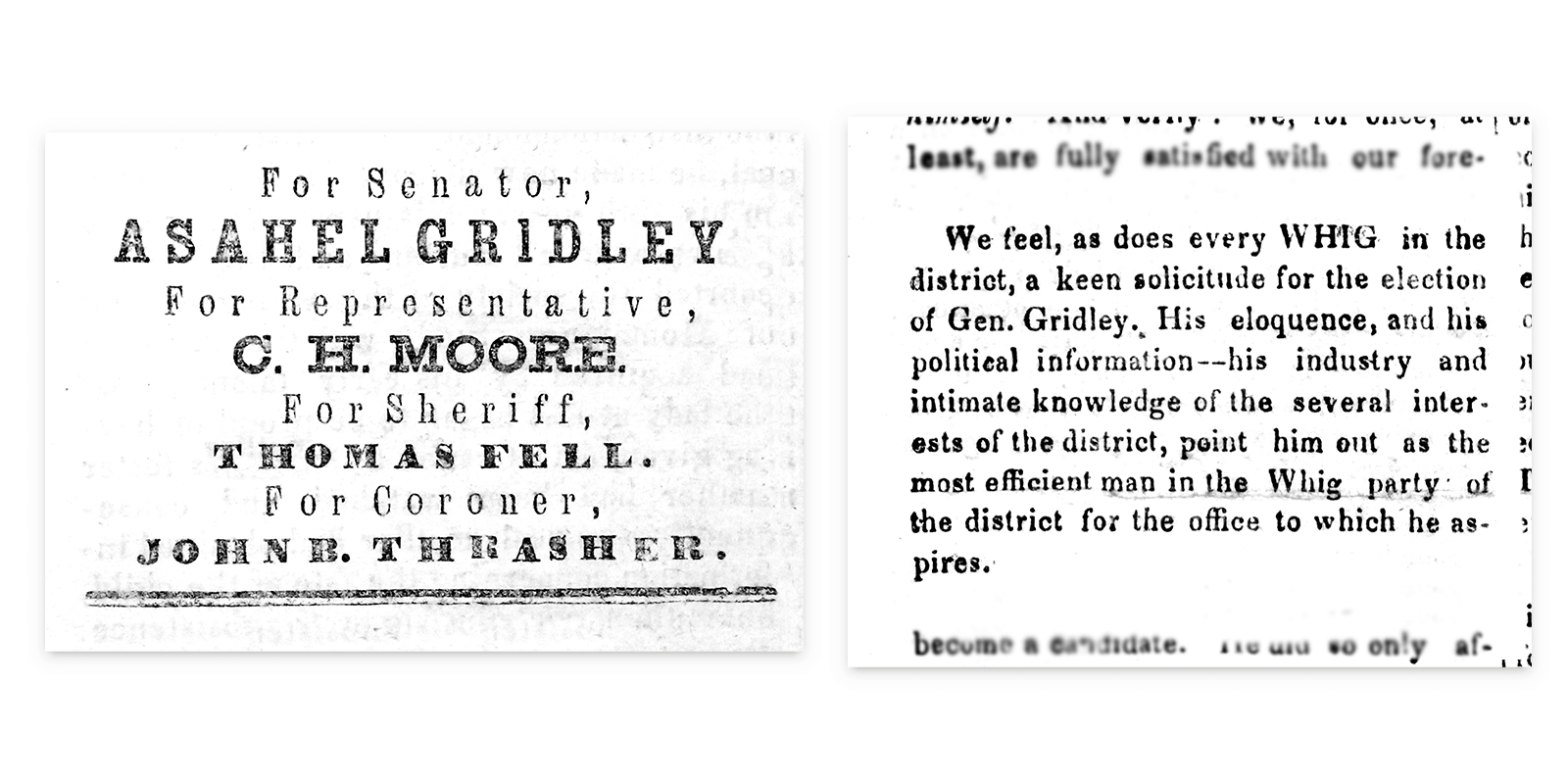 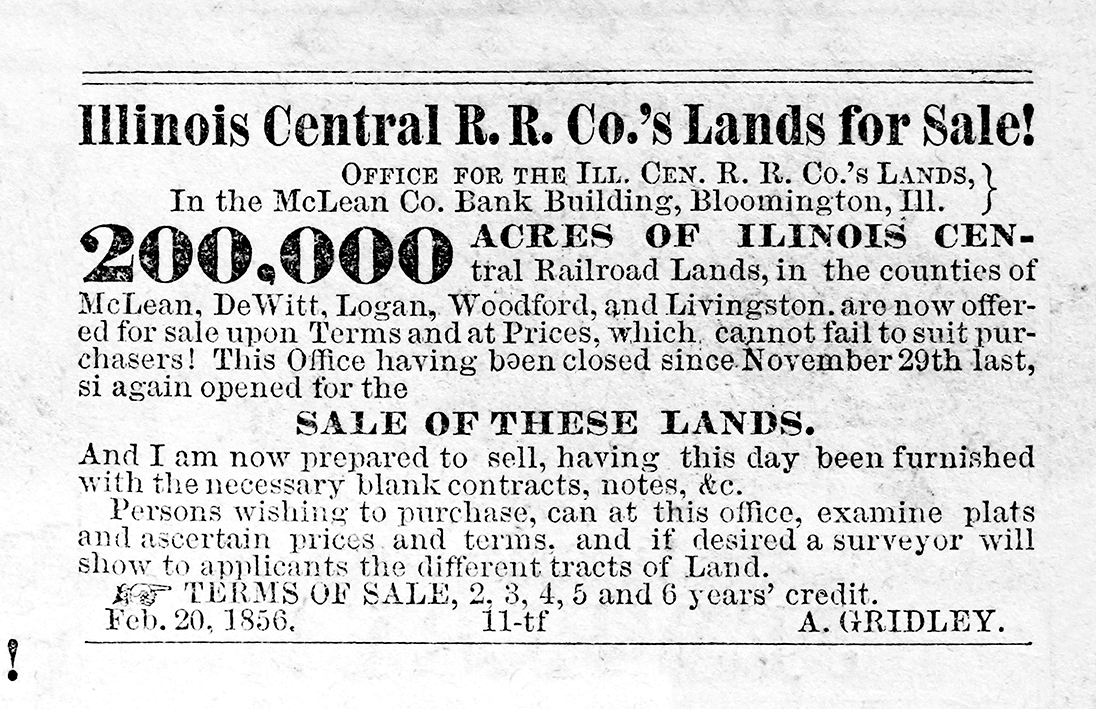 In a letter written from the White House when he was president, Lincoln referred to Gridley as—"my intimate political and personal friend."

Born into a Quaker family in 1808 in Chester County, Pennsylvania, Fell arrived in Bloomington in 1833.

Fell was the first lawyer in the new county seat of Bloomington, though he left the law in favor of land speculation and town development.

When Lincoln began to travel to Bloomington as a lawyer on the Eighth Circuit, he and Fell became political allies and friends.

In the years before the Civil War, Fell — unlike Lincoln and Davis — supported the goals of the abolition movement and the ideals of racial equality.

Fell founded the Town of Normal in 1865.

In 1857, Fell became the corresponding secretary for the newly formed Illinois Republican Party. He traveled the state making connections that would serve Lincoln well during the 1858 and 1860 campaigns.

In the lead-up to the 1858 U.S. Senate race, Fell introduced this and other resolutions backing Lincoln at a convention of McLean County Republicans.

“Republicans of Illinois, as with the voice of one man, are unalterably so resolved; to the end, that we may have a big man, with a big mind, and a big heart, to represent our big state.” 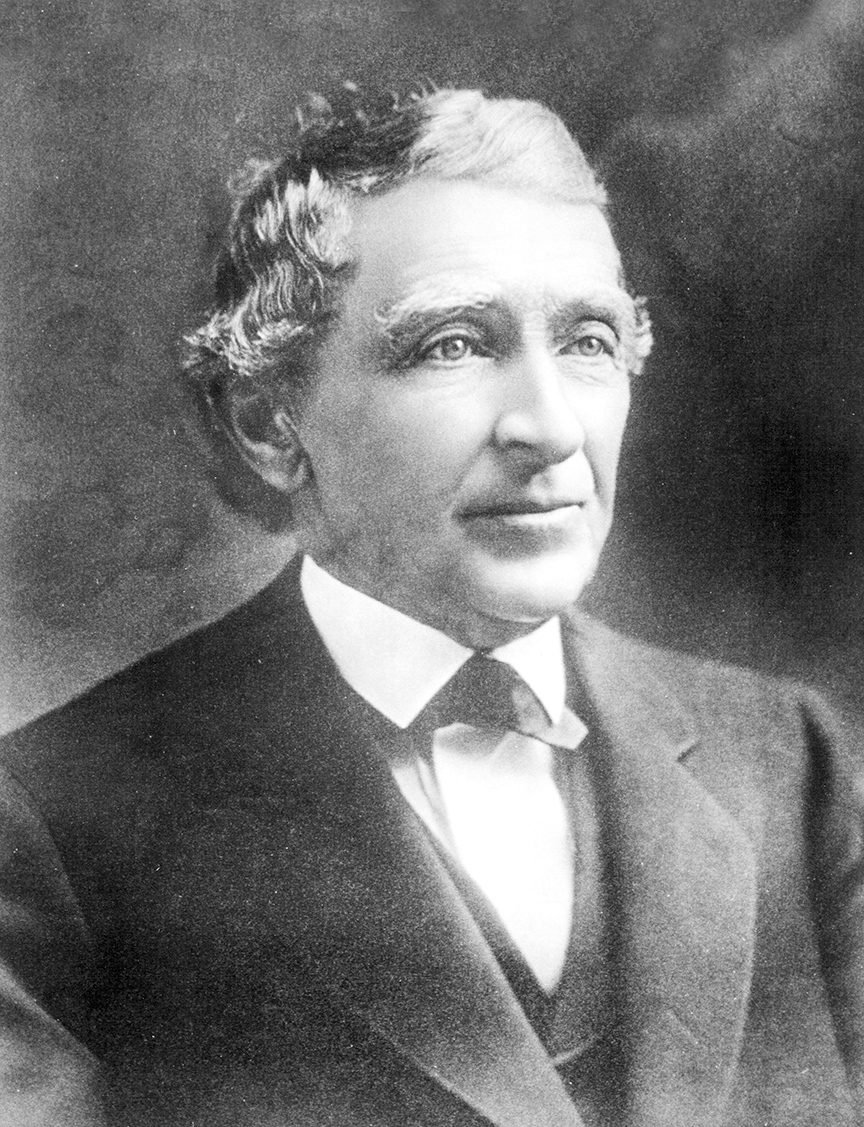 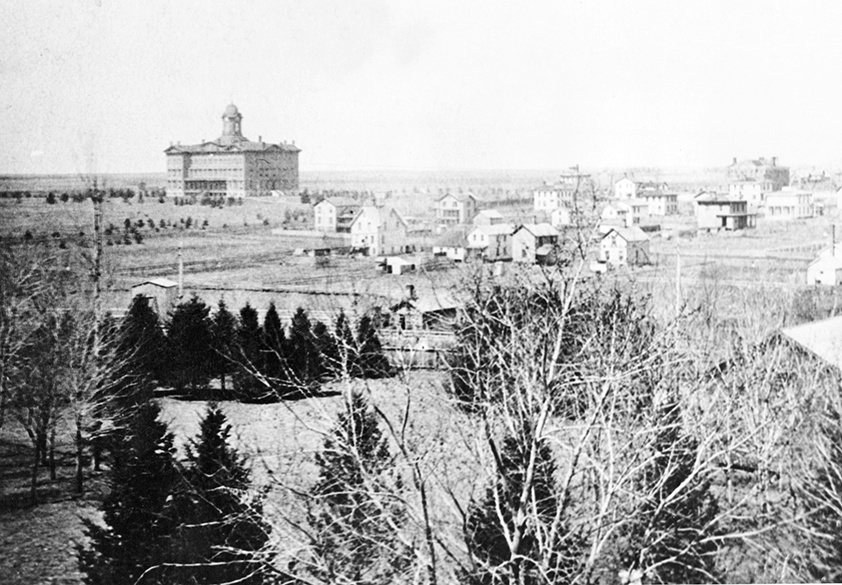 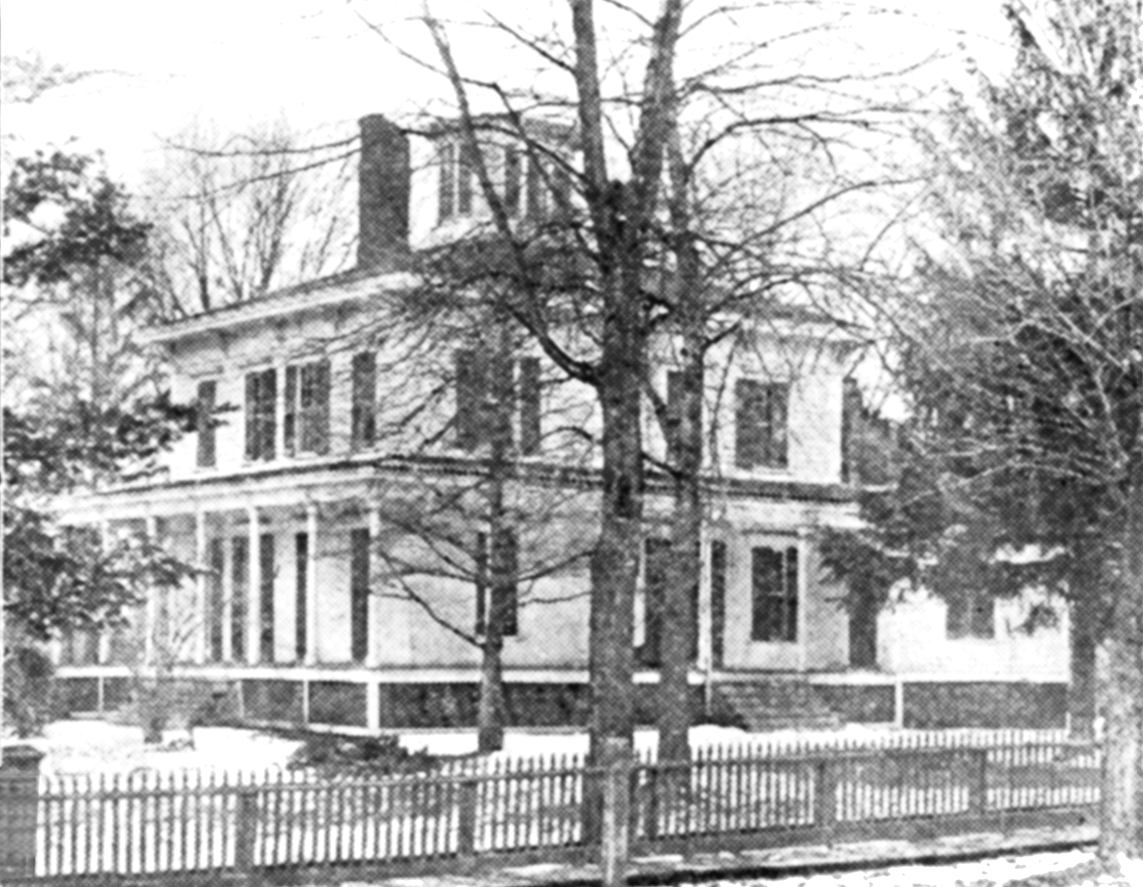 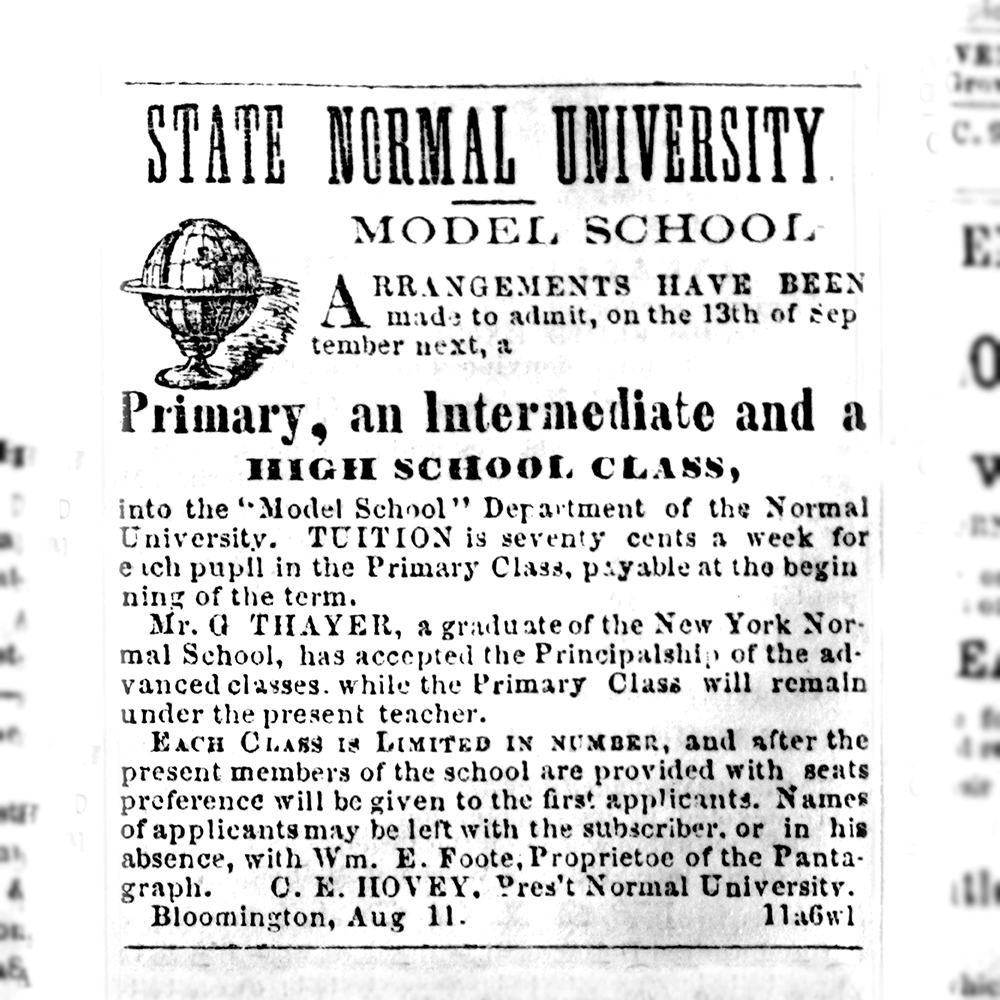 Previous: Lincoln and the Eighth Judicial Circuit Next: Expansion of Slavery