On May 29, 1856, delegates from across Illinois gathered at Bloomington's Major's Hall to oppose the expansion of slavery. They were part of a national movement that became the newly organized Republican Party.

The delegates came from various political parties and factions: anti-slavery Whigs like Lincoln; anti-slavery Democrats; German immigrants; abolitionists; and even anti-immigrant “Know Nothings.” The glue that held this diverse group together was opposition to slavery’s expansion.

“Radical Abolitionists and heretofore Old Line Whigs and Democrats, are exchanging jokes over the strange fact that they are about to unite in the same political party.” 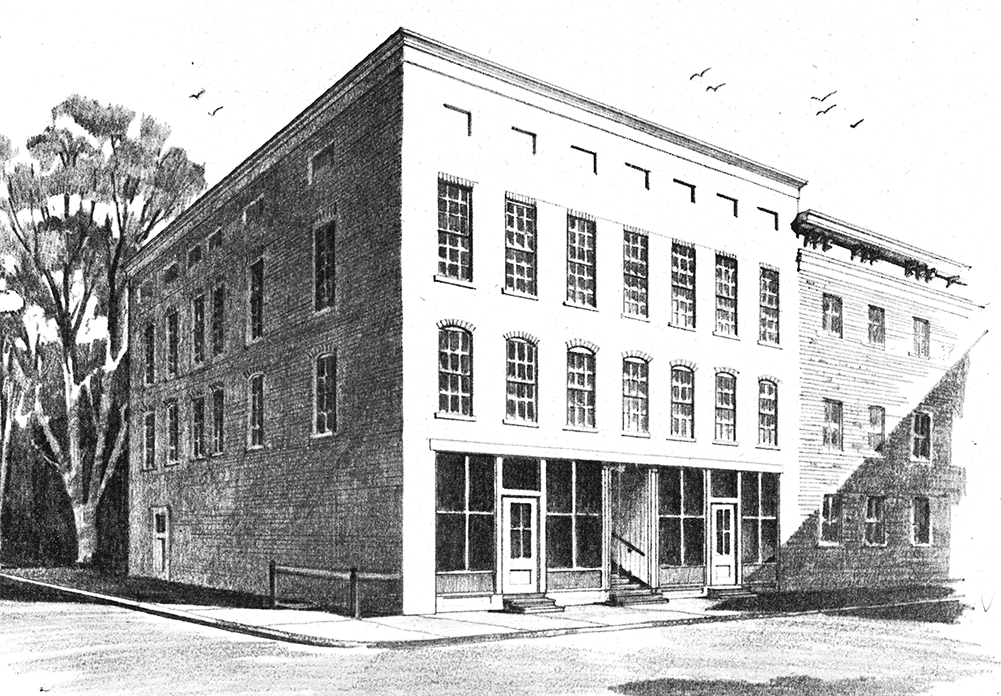 In an emotionally charged keynote address, Lincoln pledged to oppose the expansion of slavery and the rise of “Slave Power” — even threatening to use force if southern “disunionists” made good on their threats to secede.

Contemporary observers believed Abraham Lincoln’s May 29, 1856 speech in Bloomington was the finest of his career. Because no copy of this address exists, today it is known as Lincoln’s “Lost Speech.”

Yet we know much of what Lincoln said that night.

By piecing together a large body of evidence from newspapers and other sources, Lincoln’s fiery anti-slavery address comes to life.

“When he concluded, the audience sprang to their feet, and cheer after cheer told how deeply their hearts had been touched and their souls warmed up to a generous enthusiasm.” 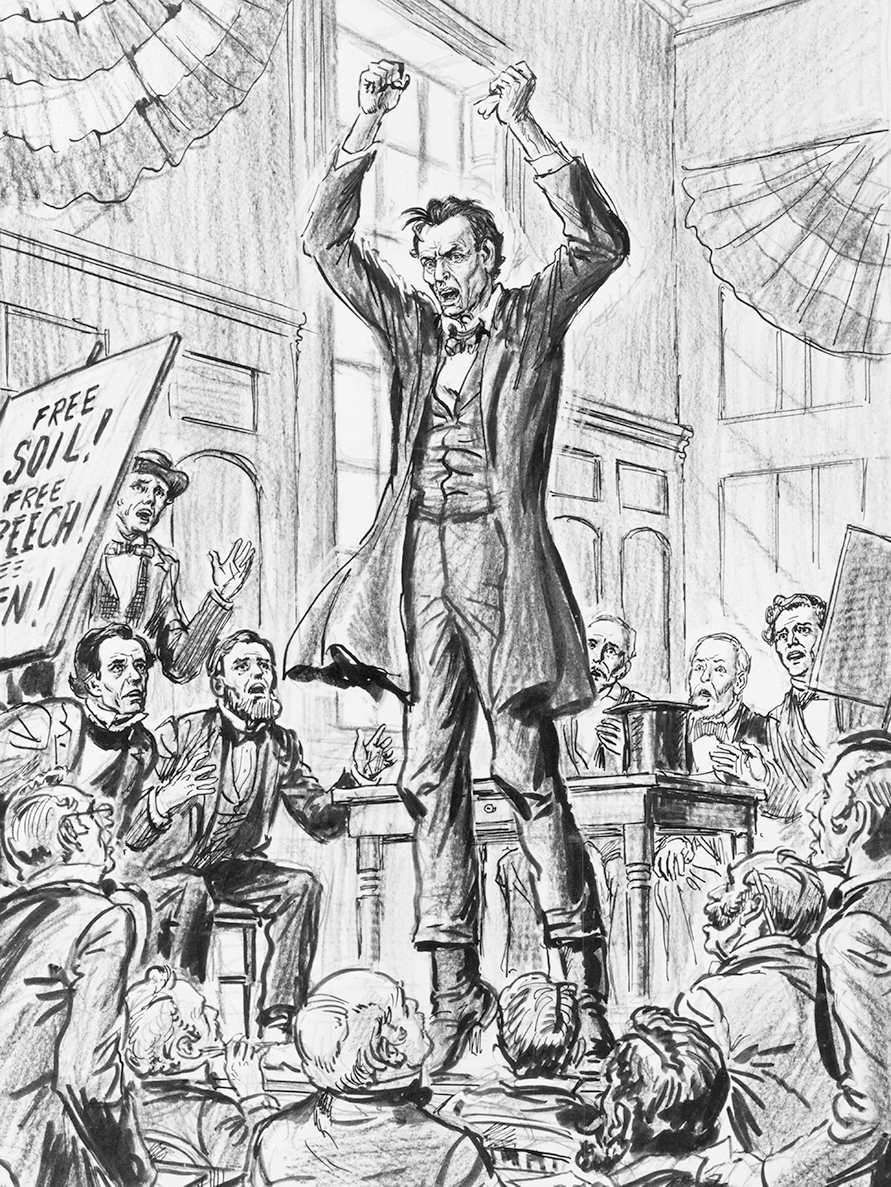 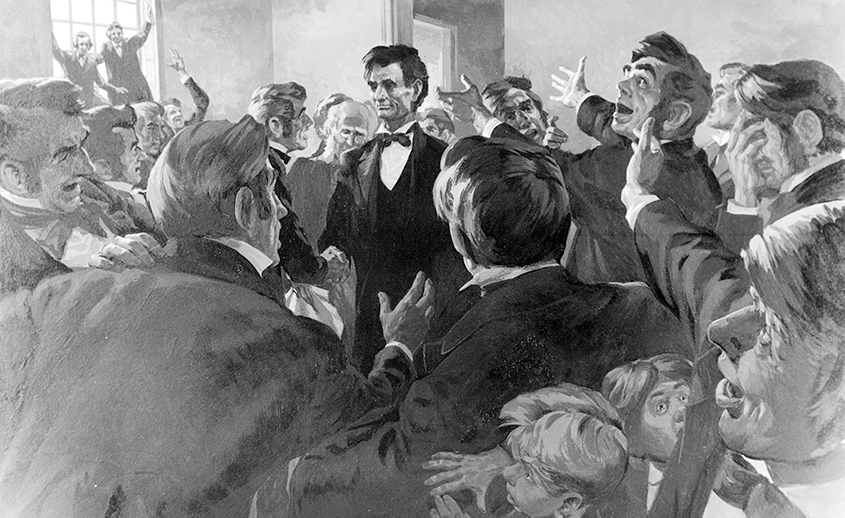 Previous: Expansion of Slavery Next: The Varied Caseload of A. Lincoln, Attorney