People have inhabited the vast prairies and woodlands of Illinois for thousands of years. The Mississippian Tradition was one characterized by mound building, fortified towns, heavy reliance on maize (corn) cultivation, and a rigid social system where status was inherited. Cahokia, near East St. Louis, was the center of this culture. But smaller, less defined satellite communities, such as the Noble-Wieting site, were established elsewhere.

The Noble-Wieting site is the only known Mississippian village in McLean County, located in what is now called Randolph Grove.

With its mound and graves, this site was a curiosity to the first European Americans in McLean County. It is believed that it was occupied by 60 to 90 residents about 800 years ago.

The site was described by Enoch J. Passwaters, who arrived in McLean County in 1830:

“Covered with grass of the same varieties that grew on the prairies... its height about eight feet... seventy-five to one hundred feet in diameter... North and west of the mound were at least fifty graves placed in quite regular tiers or rows. They were plainly marked by depressions where the ground had sunken in.” 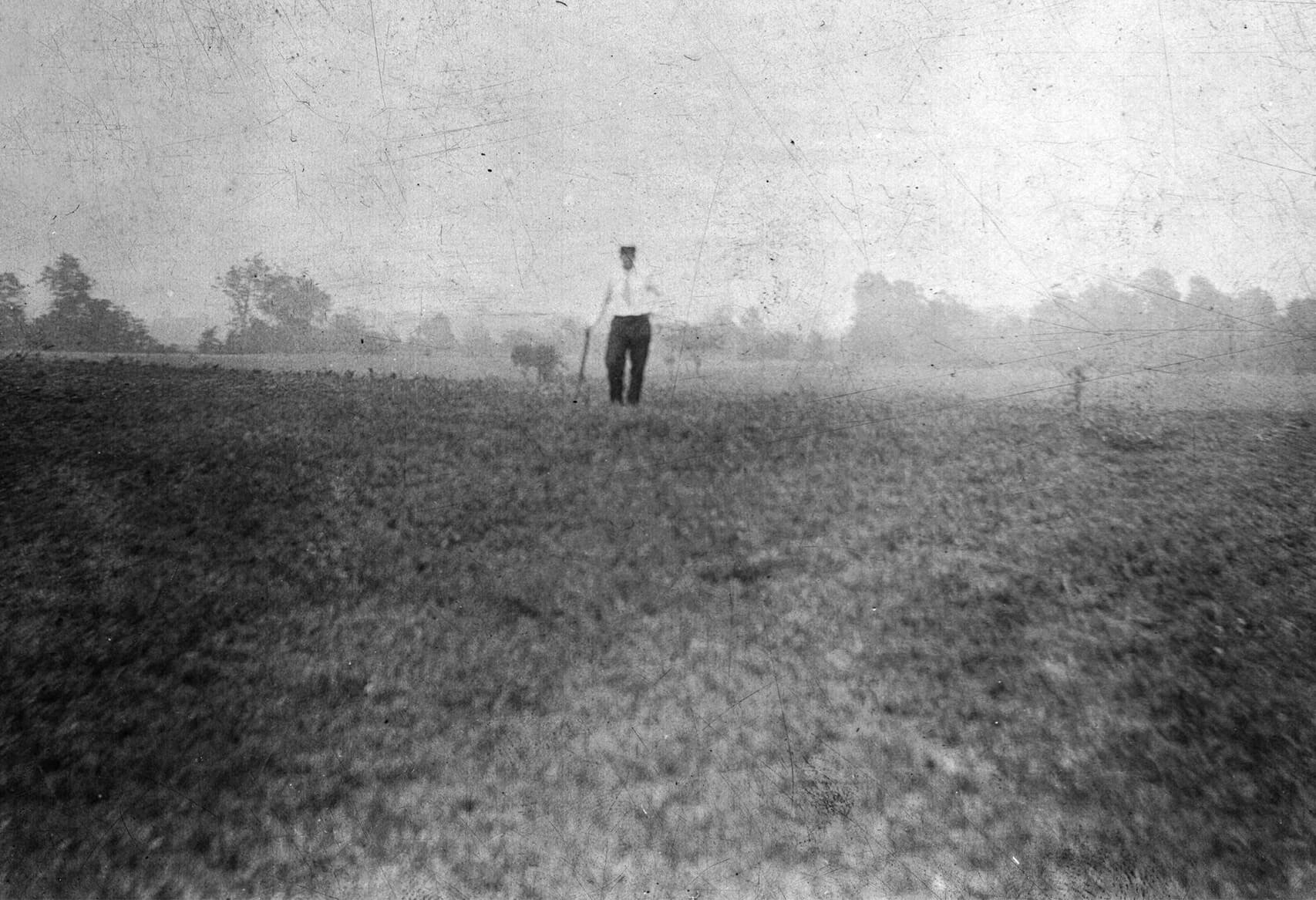 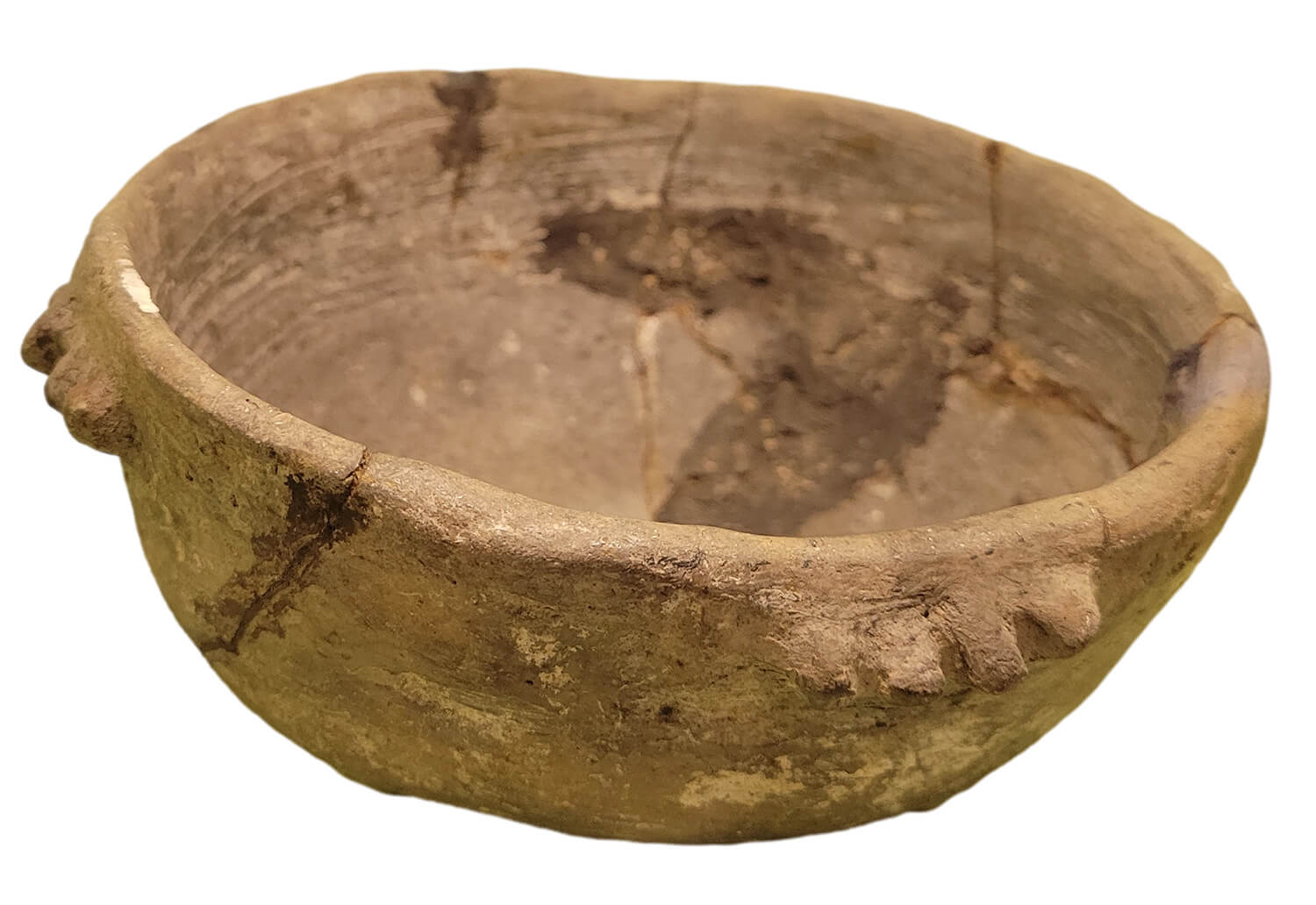 Mississippian homes at the Noble-Wieting site were small one-room structures made of sticks and prairie grass.

Like other Mississippian homes, floors were dug down two to three feet into the ground. A narrow trench around the perimeter supported saplings used for the walls. Roof poles were lashed to these, then smaller sticks were woven through the upright posts and poles. The entire structure was covered with bundles of prairie grass, called thatch.

Inside a Mississippian home you would find a fire pit as well as a platform for sitting and sleeping. Tools and other possessions were stored beneath the platforms. Pits were located nearby for temporary food storage.

Can you imagine your entire family living in one room that served as the kitchen, living room, and bedroom combined? 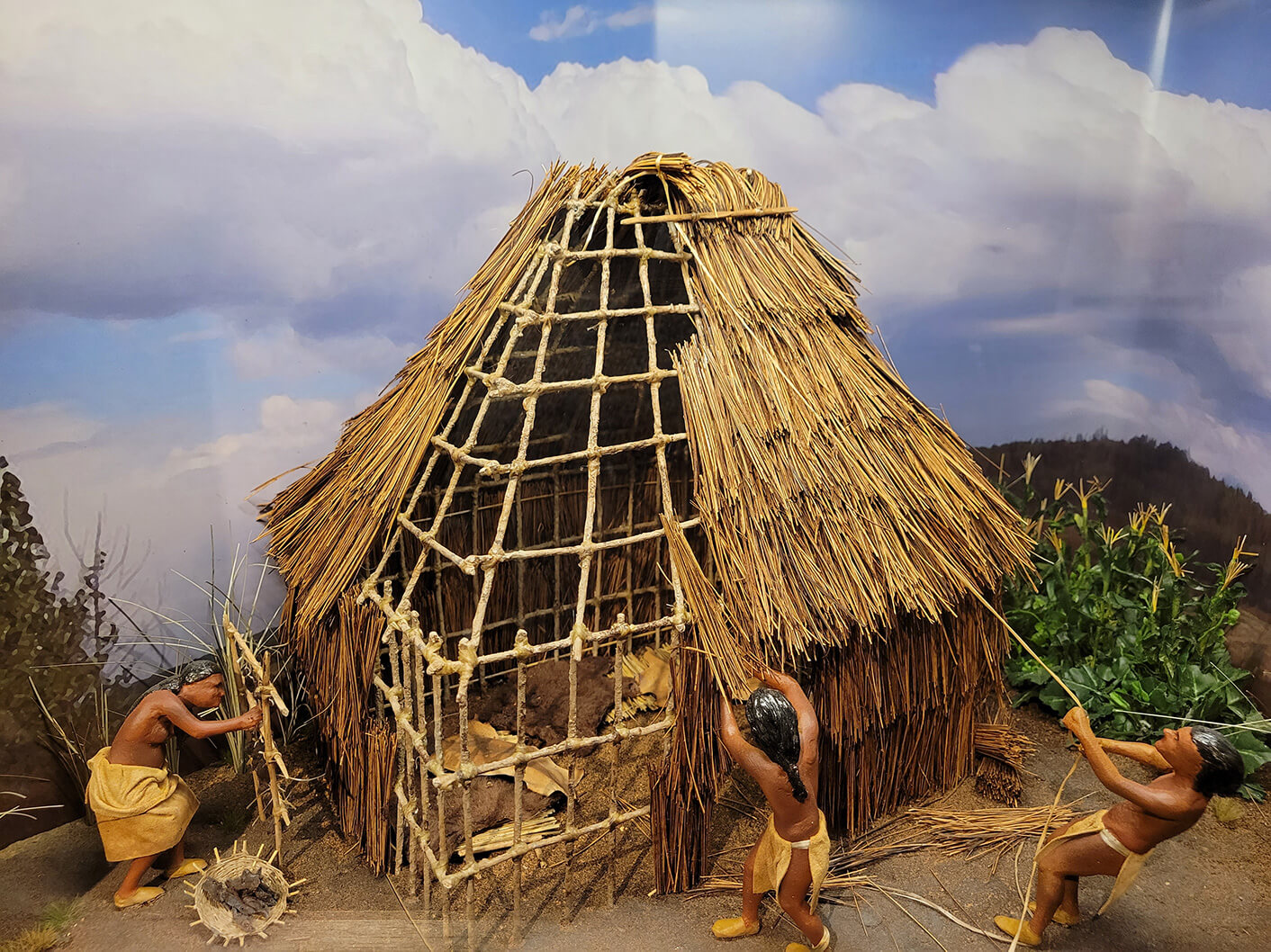 Corn, introduced to Illinois about 1,000 years ago, was the Mississipians’ main food.

It could be dried and stored to provide food for the difficult winter months and seed for spring planting. Corn reduced the need to travel in order to obtain food during the winter and enabled Mississippians to establish more permanent homes.

Mississippians dried their corn, then stored it in pits they dug into the ground. They also stored squash and dried seeds in these pits. 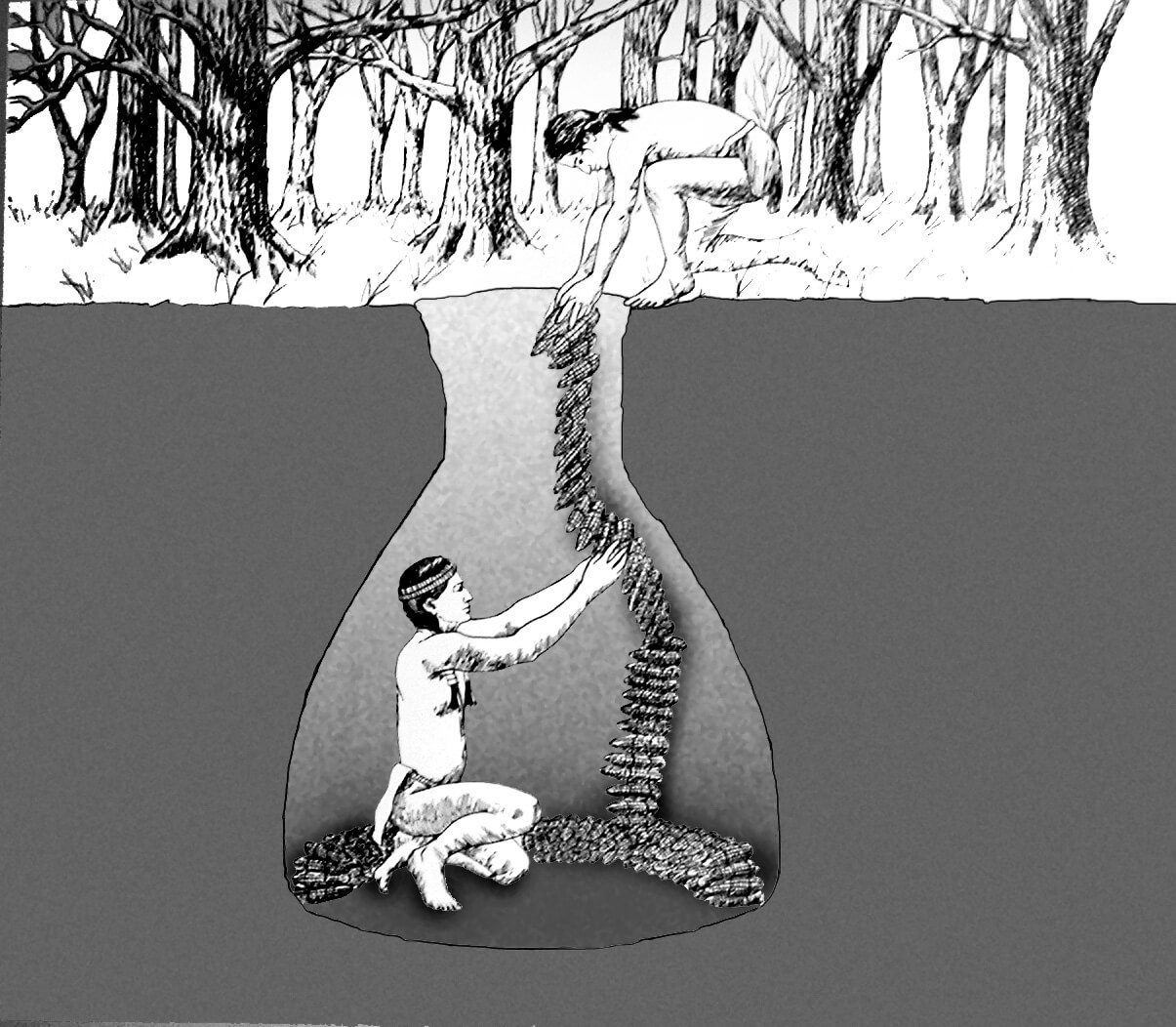 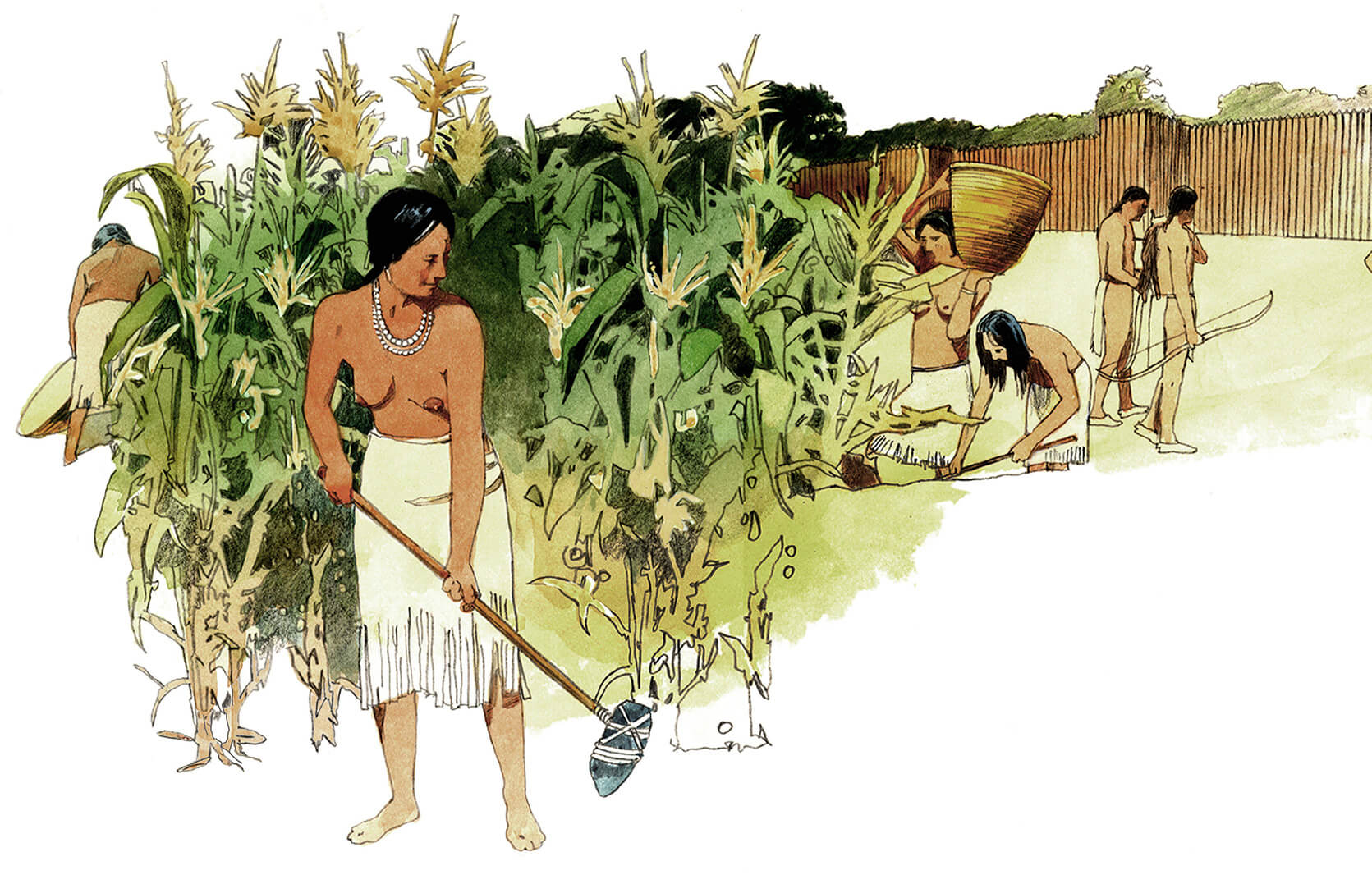 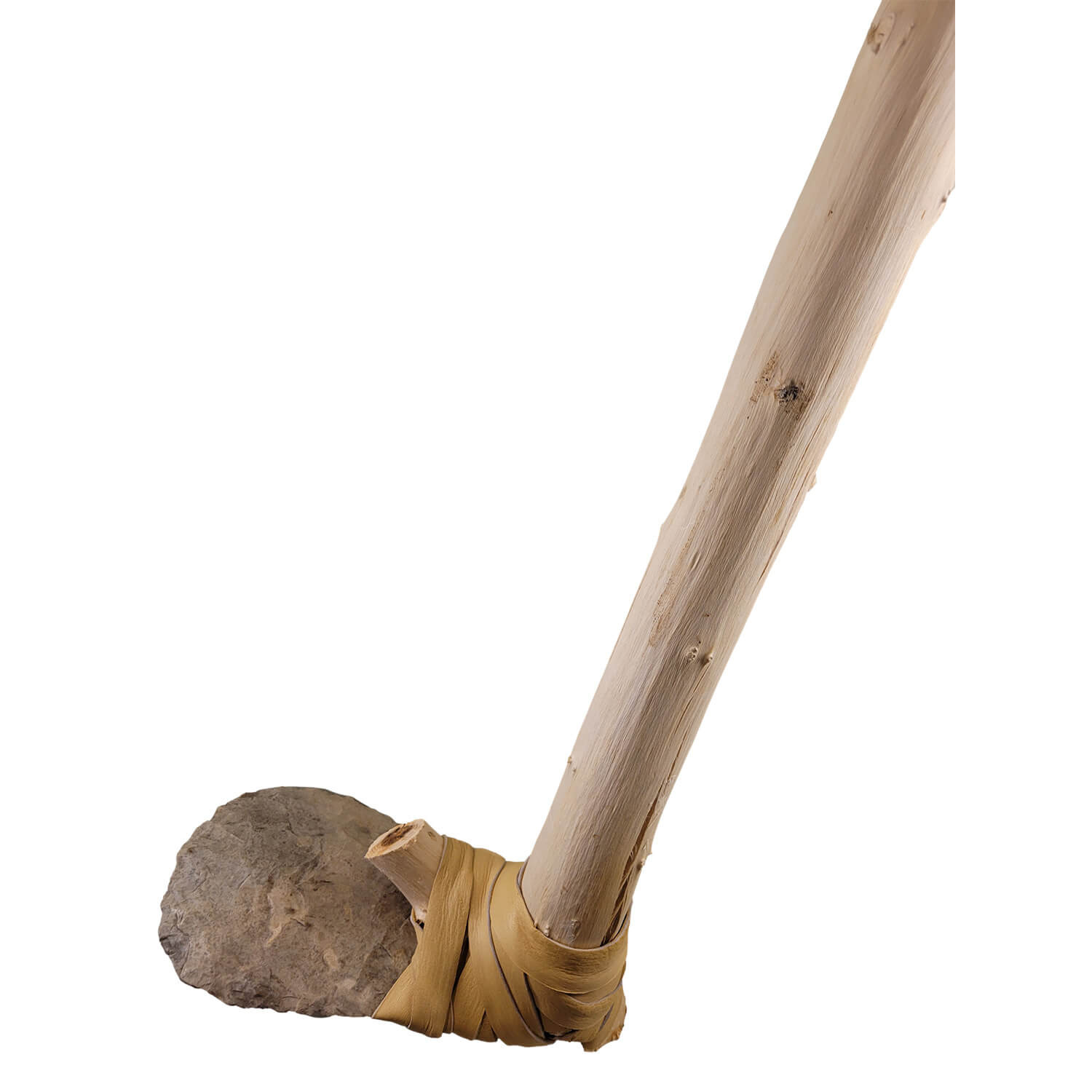