In 1858 Lincoln faced Stephen Douglas in an epic U.S. Senate race highlighted by seven debates. The expansion of slavery was at the forefront of these debates.

“It is the same long strife between Liberty and Slavery which has so often agitated the nation before, which is agitating Illinois now, and which gives its fierceness to the contest between Lincoln and Douglas.”

Bloomington was not a formal Lincoln-Douglas Debate site, but both candidates spoke here during the campaign.

He declared that African Americans were not entitled to full citizenship and its constitutional protections.

“It is sad to hear a man of position and of party influence talking thus. It might be tolerated in a besotted editor or an ignorant pot-house [tavern] politician; but in one claiming to be a great Leader of the Nation, it is alike degrading and criminal.”

“I do not believe that the signers of the Declaration of Independence had any reference to negroes when they used the expression that all men were created equal... They were speaking only of the white race, and never dreamed that their language would be construed to include the negro.”

“He [Lincoln] thinks that the Almighty made the negro his equal and his brother. For my part, I do not consider the negro any kin to me, nor to any other white man.” 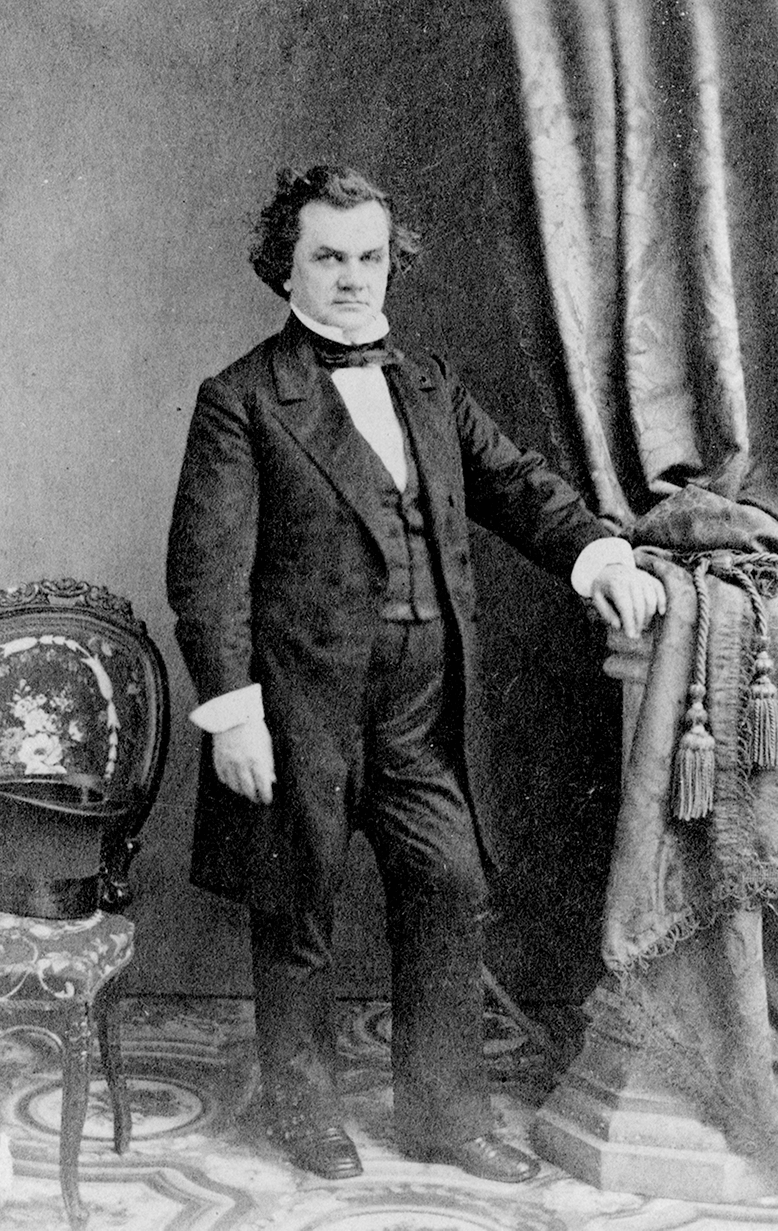 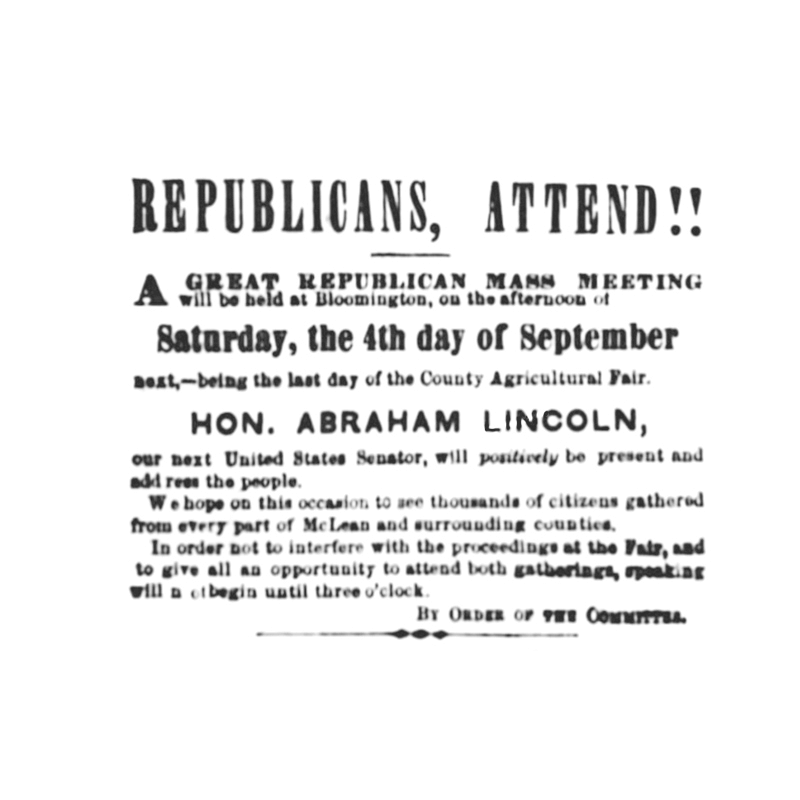 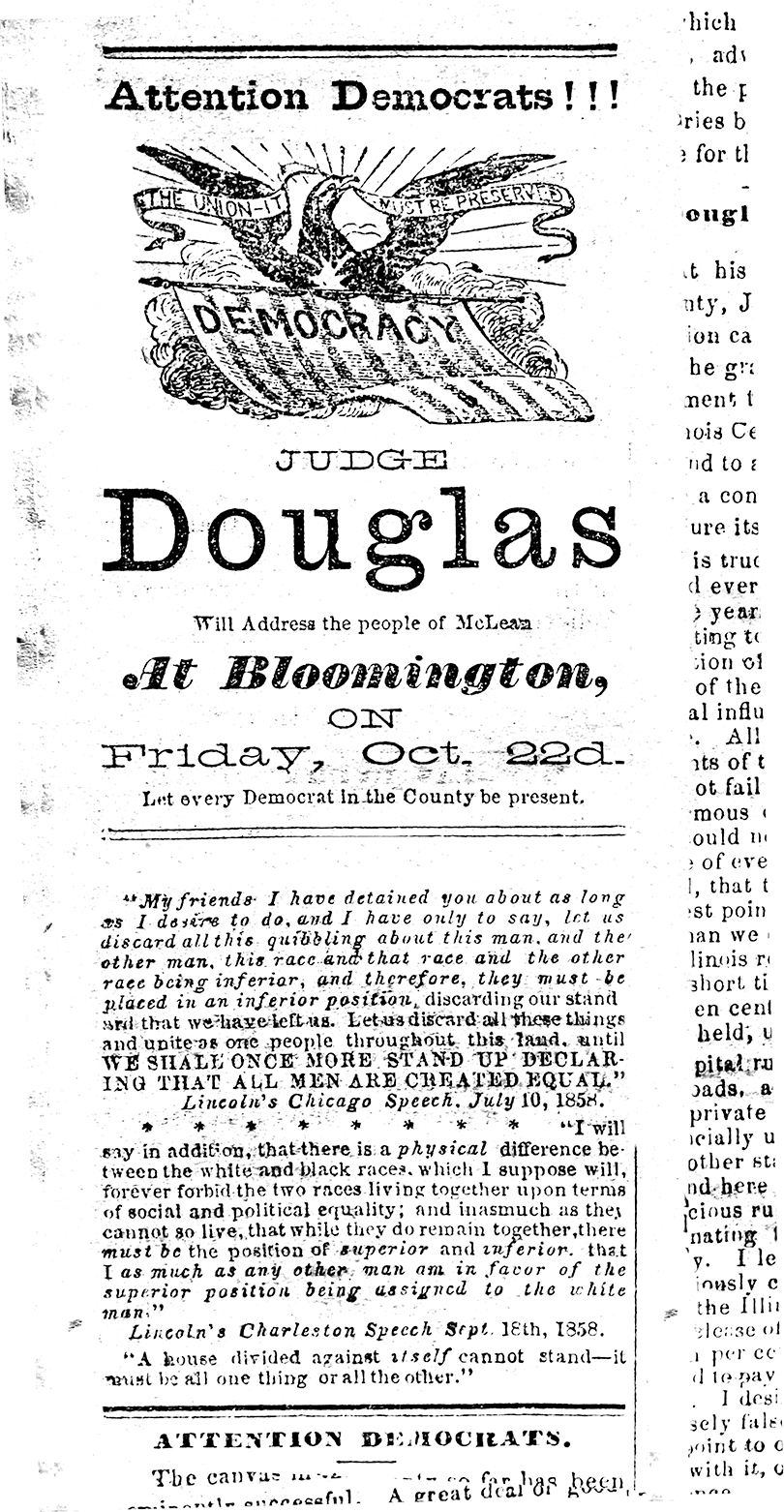 On September 4, before a crowd of thousands on the McLean County Courthouse square, Lincoln delivered his rebuttal. He called slavery “the crowning evil of our land.”

Lincoln echoed his “House Divided” speech from three weeks earlier, telling his Bloomington audience that agitation over the slavery issue “will not cease, until a crisis shall have been reached, and passed.”

Lincoln ultimately lost to Douglas in 1858. But their debates over slavery gave him the national exposure that helped propel him to the White House two years later.

“The body and soul of the Republican movement [is] to keep slavery away from where it does not exist...[and] place it in course of ultimate extinction.”